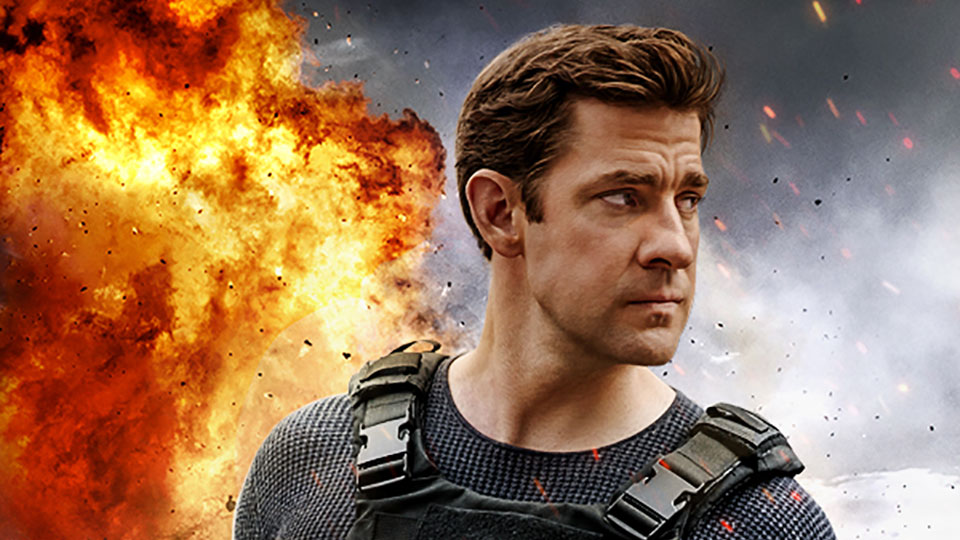 Featuring John Krasinski (The Office, A Quiet Place) in the title role, the action-packed CIA thriller will launch on Amazon Prime Video on 31st August 2018.

When CIA analyst Jack Ryan stumbles upon a suspicious series of bank transfers his search for answers pulls him from the safety of his desk job and catapults him into a deadly game of cat and mouse throughout Europe and the Middle East, with a rising terrorist figurehead preparing for a massive attack against the US and her allies.

The series was created for television by Carlton Cuse (Bates Motel) and Graham Roland (Fringe), who also serve as the showrunners.

The key art for the series has been released too. It features Krasinski in the foreground with a huge explosion taking place behind him. Take a look at the poster:

Tom Clancy’s Jack Ryan will feature 8 episodes in its first season. It marks the first time the character has appeared on the small screen.

The last Jack Ryan film Jack Ryan: Shadow Recruit was released in 2014 and starred Chris Pine in the title role.