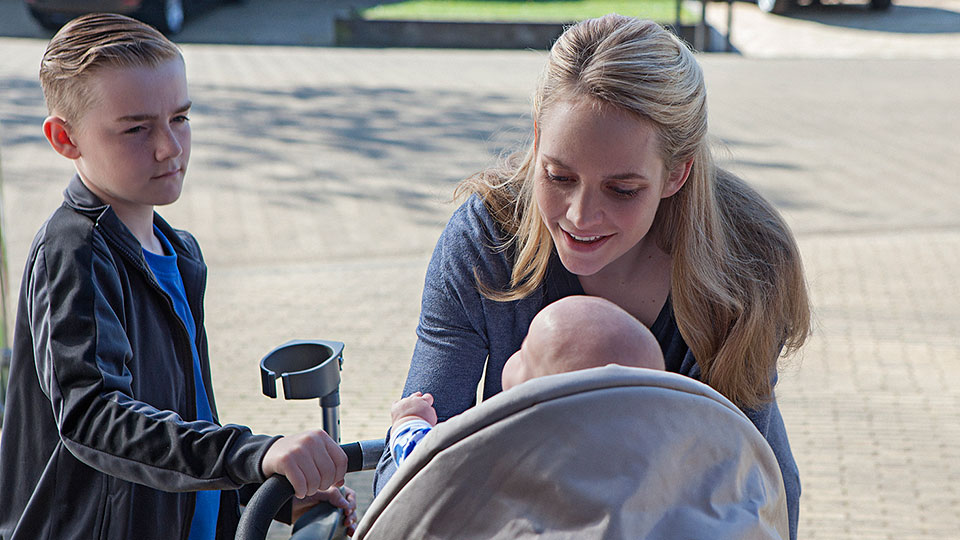 The Swingers is a Dutch thriller that was the highest performing show on VOD channel Videoland in its native Holland. The first series of Nieuwe Buren (to give it its original Dutch name – literally, New Neighbours) centred around Eva and Peter. When they lose their prematurely born baby, Lieve, they are consoled by their new neighbours, Steef and Rebecca.

This article contains spoilers so if you don’t want anything giving away, please stop reading now. If you’d like to know the setup for season 2, keep reading.

However, it’s not all Wisteria Lane in Zonnewijk, the new-town where they live, as Steef is a detective who is hiding a criminal double life. Add in the fact that he and Rebecca are the sexually promiscuous swingers of the title, plus Eva’s unexpected (Peter is infertile) second pregnancy and you have a plot that is a powder keg of intrigue and brewing tension.

Swingers stars Daan Schuurmans as Peter and Bracha van Doesburgh as Eva – a couple in real life as well as on screen. Steef (Thijs Romer) and Rebecca (Katja Schuurman – who stars in another excellent Walter Presents show, Flight HS13) were also a real life couple when series 1 was aired, but they have since split. The authenticity of both couples’ relationships was considered to be one of the main reasons for the show’s success.

Without wishing to give too much away, series 1 ended in a bloodbath. Eva is in a coma; Peter is in therapy; Rebecca is dead; and the menacing Steef is in prison. Whoever said swinging was a harmless hobby!

In the opening episode of season 2 (set two years later), Steef manages to escape jail and seeks revenge on Eva, whom he blames for his imprisonment. We’re also introduced to a new couple in town – incidentally, played by another married couple in real life – Steffi (Karina Smulders) and Lex (Fedja van Huêt), and their son, Max. They’re in Zonnewijk under witness protection. When the escaped Steef tries to kidnap his son (Sem) the attempt is foiled when Max sets off a personal alarm, frightening Steef away. But Sem, in a misguided attempt to protect his Dad, accuses another man, setting of a vigilante witch hunt for the innocent chap.

Anyone hoping for anything as saucy as the title implies are going to be disappointed. It’s not the sexually explicit romp that one might expect. It’s a bit like a cross between Murder In Suburbia and a grubbier Desperate Housewives. But it’s well acted and written, and the plotting is pretty good. To get the full benefit, you’re probably best advised to binge series 1 first; but series 2 has started impressively enough to hook you in regardless of whether or not you’ve seen the first season.

Walter Presents have a well-deserved reputation for continuing to find great foreign drama for All4. And they’ve unearthed another very enjoyable European thriller again here.

The Swingers premieres Sunday 17th June on Channel 4 at 10.05pm with the entire series available on All 4 straight after.