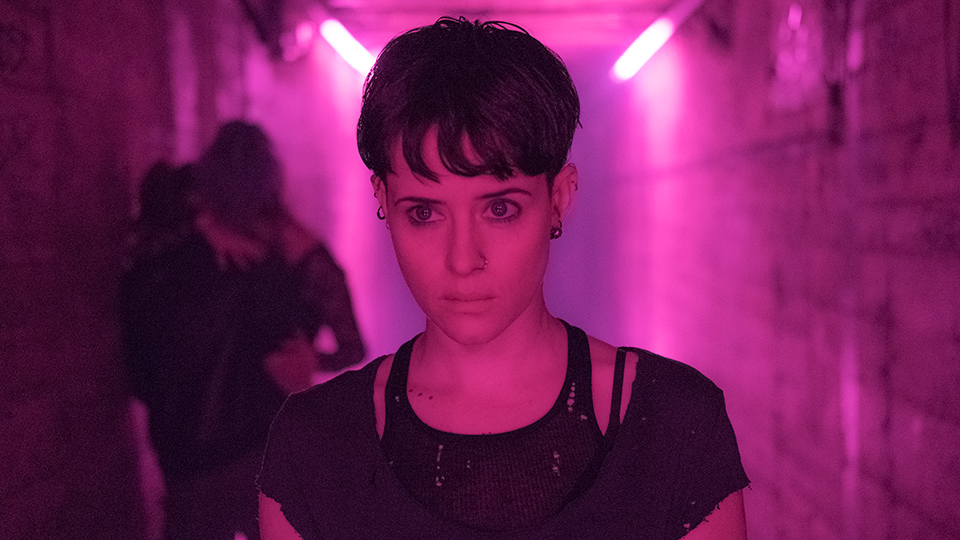 Lisbeth Salander is making her way back to the big screen for The Girl in the Spider’s Web but this time she’ll be played by Claire Foy (The Crown).

Based on the fourth book of Stieg Larsson’s Millennium book series, The Girl in the Spider’s Web is directed by Fede Alvaraz. This marks the second English-language outing for Salander following 2011’s The Girl with the Dragon Tattoo, which starred Rooney Mara and Daniel Craig.

The Girl in the Spider’s Web also stars Sverrir Gudnason, Lakeith Stanfield and Stephen Merchant. The trailer doesn’t give too much away but we expect it’ll follow the story of the book with Salander as she tries to rescue and exact vengeance for battered women.

Larsson’s book has been adapted for the screen by Steven Knight and Fede Alvarez & Jay Basu.

The one-sheet poster for the movie shows Foy in character as Salander with her back, and infamous dragon tattoo, on display while she peers moodily over her shoulder. Foy has made a very convincing transformation and it’ll be interesting to see her spin on the character.

Along with the trailer and the poster, a set of first-look images have also been release, which you can see in our gallery below:

The Girl in the Spider’s Web will be released in cinemas on 9th November 2018.

In this article:Claire Foy, The Girl in the Spider's Web