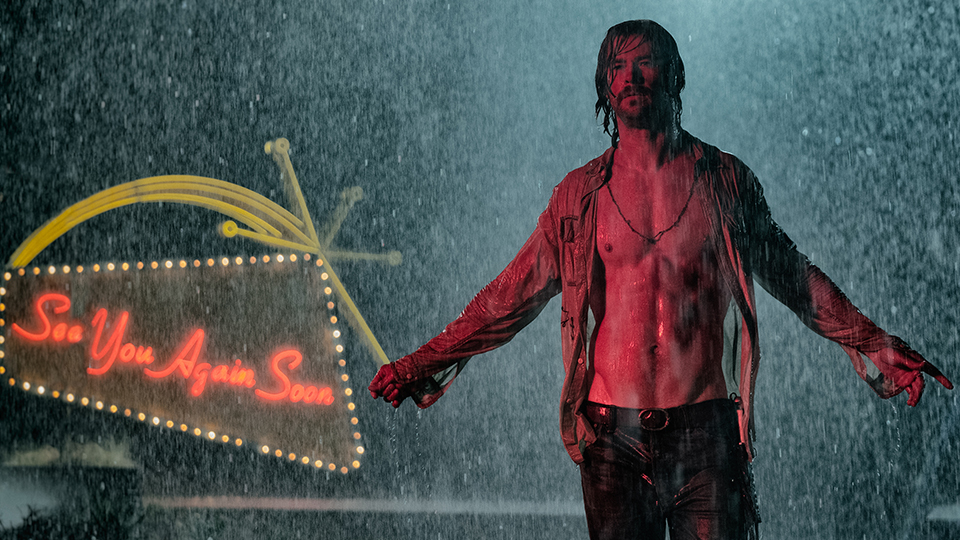 It’s not often you can say that Chris Hemsworth (Thor) flashing his pecs and gyrating is the least interesting thing about a trailer so well done Bad Times at the El Royale.

The bonkers first trailer introduces seven strangers who all check into the El Royale with their own secrets to keep. You’ll need to watch it a few times to take it all in:

Bad Times at the El Royale is written and directed by Drew Goddard (The Cabin in the Woods, Cloverfield) and produced by Jeremy Latcham (Guardians of the Galaxy)

What’s the film about we hear you ask? Well according to the synopsis…

Seven strangers, each with a secret to bury, meet at Lake Tahoe’s El Royale, a rundown hotel with a dark past. Over the course of one fateful night, everyone will have a last shot at redemption… before everything goes to hell.

Commenting on the movie producer Latcham says, “Drew Goddard has assembled a lobby full of amazing characters in his storied El Royale Hotel and I cannot wait for audiences to meet these truly unique folks and learn who they are and uncover what makes each of them tick. It will almost certainly not be what it is expected to be and that is a lot of the fun of the film. It is character driven in the best sense.”

If the trailer isn’t enough to satisfy you, a set of images for the movie have been released too. You can see them in our gallery below:

Bad Times at the El Royale opens in UK cinemas on 10th October 2018.

In this article:Bad Times at the El Royale, Chris Hemsworth