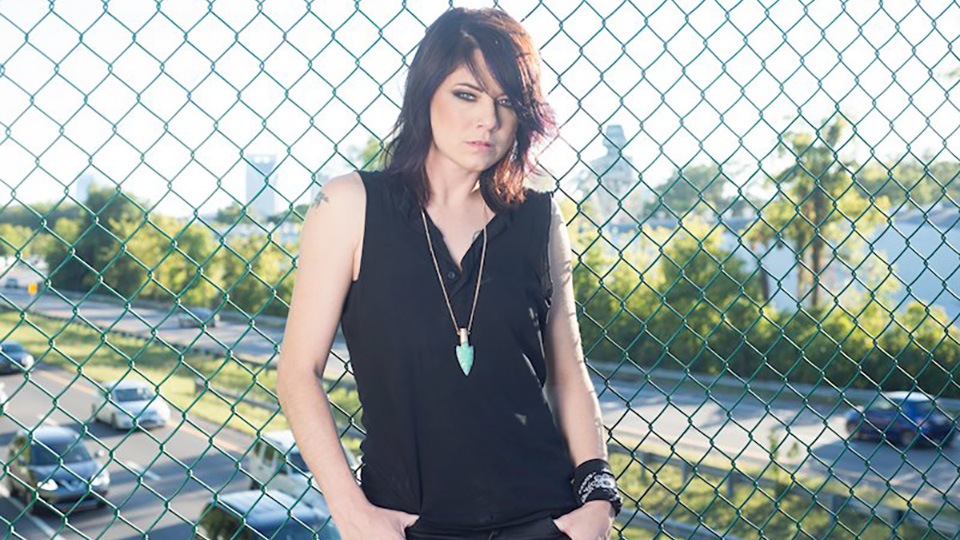 The 11-track album, Sonia Leigh and Friends: Studio 3 Sessions, is due for release on 15th June. It was recorded at London’s iconic Abbey Road Studios and features collaborations with artists including Broken Witt Rebels’ James Tranter, James Dudley and Luke Davis – as well as a few surprise cameos!

The record promises an eclectic mix of genres including pop, hip-hop, country, grunge and rock and roll, all with Leigh’s trademark catchy hooks and clever lyrics. It also includes a piano version of Claude Debussy’s Clair de Lune, a new version of the number one hit Sweet Annie (which Leigh wrote for Zac Brown Band) and a Tom Waits singalong.

Many of Leigh’s diverse influences come from her family background. Her grandfather sang Hank Williams songs at family parties, whilst her dad’s writing and record collection also had an impact.

“Growing up, my dad played music,” Leigh told Curve magazine. “He was a writer, and I’d listen to his songs that he wrote and I’d steal his guitar. As soon as I learned a few chords and I could change them fast enough, I started writing songs too.”

But it wasn’t just country music – Leigh’s mother’s classic rock favourites and the grunge scene of her early teens also played a part in developing her unique style.

“I grew up listening to country music with my dad,” Leigh remembers, “but rock slowly became one of the biggest parts of the picture. I just loved it all, and I wanted to play it all. I was never someone who wanted to play only one style. I just wanted to play music.”

Leigh is currently working with Supa Jam, a new music programme that allows children and young adults from all backgrounds in the UK to learn their musical path, with guidance from expert industry mentors. To promote the programme and her new album, she’ll headline the Supa Jam stage at Black Deer Festival on Friday 22nd June, following a show at Hertford Corn Exchange on Thursday 21st June.