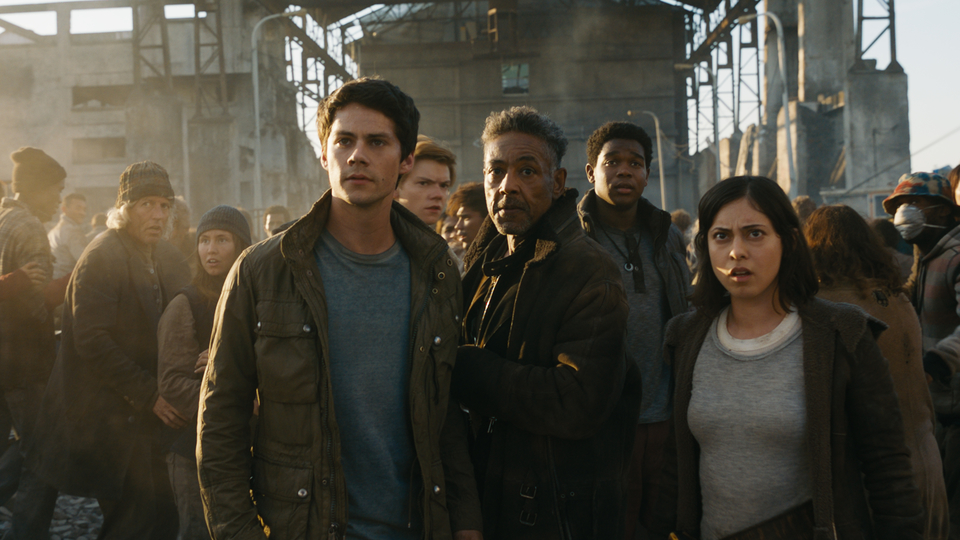 It’s been a long time coming but the final instalment of the Maze Runner trilogy is here and it’s an utter delight. Following on from the events of The Scorch Trials, we find Thomas (Dylan O’Brien) and his friends in hot pursuit of Minho (Ki Hong Lee), who has been captured by Janson (Aidan Gillen). Using him to try and extract what they need for a cure, Teresa (Kaya Scodelario), under the watchful eye of Ava Paige (Patricia Clarkson) subjects Minho to extreme testing, as Thomas and co. rush to his aid.

With stunts not out of place in a Fast and Furious or Mission Impossible movie, Maze Runner: The Death Cure ups the ante considerably and delivers some truly unforgettable and sublime spectacle. In many ways, this is one giant pursuit movie, with numerous set-pieces each outdoing the last. It’s also very accessible – die hard Maze Runner followers will naturally love it but the casual viewer can easily dip into this too without the need for a history lesson. Kudos needs to go to director Wes Ball who has delivered yet another chapter of the trilogy that’s positively sparkling with style and invention. He has conjured up a fantastic look and feel to each of the Maze Runner films and dare I say, has delivered the best Maze Runner movie we’ve ever had.

The opening sequence is a huge marker of intent for this movie and it’s breathtaking. The sequence of a train hijack (at high speed) was simply sensational. But there are at least 3 more outstanding action sequences across the film too, making Maze Runner: The Death Cure one of the most surprisingly enjoyable blockbusters we’ve seen for years. Combined with in an acute attention to detail, a very keen eye for grandeur and some exemplary special effects work, this is massively entertaining on every level.

Front and centre of every success is Dylan O’Brien, who once again does a stellar job leading the line as Thomas. There’s also cracking support from the likes of Thomas Brodie-Sangster, Rosa Salazar, Will Poulter, Ki Hong Lee, Dexter Darden and Kaya Scodelario. The veterans are also well represented with Aidan Gillan always a perfect bad guy to boo at. I’ve never seen Barry Pepper, Walton Goggins or Giancarlo Esposito ever give a bad performance, and all three are their usual, reliable selves in The Death Cure. And as grand as all the spectacle is, the film always places the characters at the heart of every scene. There are plenty of emotionally-charged moments in this, and the entire ensemble does a tremendous job with them, really driving home the human element of the story.

Maze Runner: The Death Cure is a thrilling ride and a breath of fresh air, especially for those looking for an alternative to heavy awards-season fodder. Releasing it now is also a masterstroke, as a summer release could have very easily been eclipsed by other releases. This will hopefully mean more people go to see Maze Runner: The Death Cure because it is relentlessly entertaining, tremendous fun, a fantastic action movie and a fitting end of one of the best genre trilogies we’ve ever had.