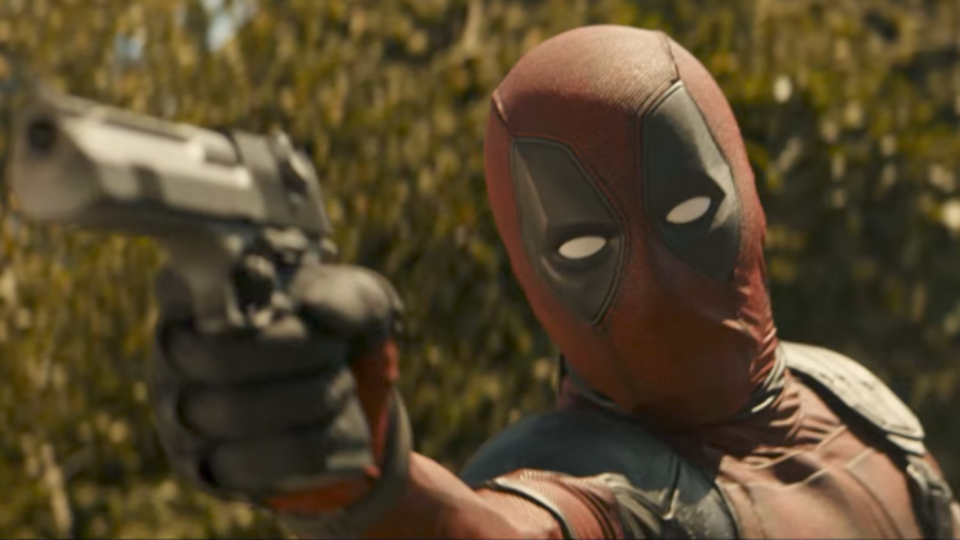 Deadpool 2 is finally out in cinemas now, and yet we are already excitedly looking forward to the release of Deadpool 3.

We thought we’d list 5 things that we really hope happens in Deadpool 3. And don’t worry if you haven’t got around to watching Deadpool 2 yet, this is a general and spoiler-free look at a potential third movie so there’s nothing given away here.

Ryan Reynolds (The Hitman’s Bodyguard) once again stars as the anti-hero Deadpool in Deadpool 2. The film also features Josh Brolin (Avengers: Infinity War) as Cable aka Nathan Summers, the fan-demanded character from the X-Men universe who will make his big screen debut here.

Deadpool 2 is directed by David Leitch from a screenplay by Rhett Reese and Paul Wernick and characters by Fabian Nicieza and Rob Liefeld.

You can read our full, no-spoiler review of Deadpool 2 here, and you can catch up with any Deadpool 2 clips, featurettes and poster art in our Deadpool 2 – everything we know article.

Check out our review of Deadpool if you want a refresher on the first film. Love Marvel film posters? Then check out our countdown of The best Marvel movie posters ever.

Let’s take a look at 5 things that I want to see happen in Deadpool 3. And remember, it’s spoiler-free so you can still read this if you haven’t seen Deadpool 2 yet!

The opening fight scene of Deadpool 2 really sets the tone for where Wade is as a character. He’s taken to his new life and is clearly relishing taking on the underworld around the globe. His character goes through quite a bit of stuff emotionally (and this is a no-spoiler article so I won’t go into more detail here), so I can see why his character was perhaps a little less effective towards the end of the film. But as the movie went on I didn’t get a sense that Deadpool was as calculated an assassin as he was in the first film.

Deadpool 2 seemed happy to let him play the fool in a lot of the action set-pieces and whilst I like that element of his character, I also want to be shown just how great he is at being an actual bad-ass assassin. It felt like the need to make Deadpool 2 funny was more important than establishing him as a great anti-hero this time around so I want that to change in Deadpool 3.

2. Don’t rely too heavily on the easy-win gags

Deadpool 2 is very funny but it had a tendency to rely a little too heavily on the easy-win gags and the one liners. Sure, that’s a massive part of what makes Wade Wilson such a great character but if you compare it against the first film, there was a much more satisfying balance evident in Deadpool. The stakes were high and the threat level was very real, which made the rare, inappropriate jokes that much more funnier.

The final fight in Deadpool 2 and in particular, how one surprise villain is finally dealt with (who for the sake of spoilers will remain nameless here), was more crass than actually entertaining. Especially when some of us have been waiting for this character to be properly realised onscreen for years. It felt a bit lazy, so more focus on the narrative would help with this.

3. Get Hugh Jackman to appear as Wolverine in the movie (properly).

I know he said he’s done playing Logan/Wolverine but there has to be room for a Hugh Jackman cameo role in Deadpool 3. And I mean a proper cameo role, not a fleeting nod at a past scene from the X-Men movie franchise.
Hugh Jackman was outstanding in Logan and sadly it looks like the proposed Disney acquisition of Fox has happened too late for us to see Wolverine suit-up next to Spider-Man or The Avengers onscreen. So if that can’t/won’t happen, at least give us a Wolverine and Deadpool film! And remember, Logan was set in the future, meaning he’s not necessarily dead in Deadpool’s timeline.

Here are two amazing and powerful female superheroes that haven’t had nearly enough screen time. Domino was awesome in Deadpool 2 and will clearly be a character that has lots to offer to the Deadpool universe. Zazie Beetz was a big highlight of the film and we need to see much more of her and her great dynamic with Wade.

After igniting the screen (almost literally) in the first Deadpool movie, it was a real shame to see Brianna Hildebrand’s Negasonic Teenage Warhead not used very much in Deadpool 2. She had a nice side-story but she should have been used more effectively, especially after proving to be such a hit with fans after the first film.

It’s a joke that has run its course. Usually these types of lazily-written, racially abject characters wind me right up but Dopinder actually made me laugh in the first Deadpool film because he was used well. Again, a great example of less is more; the character actually delivered great lines and was an effective counter-balance to Deadpool. In Deadpool 2, the character grates very quickly and is onscreen way too much.

Apart from the accent, I will give the writers of Deadpool credit for not making him out to be a complete racial stereotype, but they aren’t far off from ‘Raj from The Big Bang Theory’ levels of parody.

Deadpool 2 is in cinemas now.

Check out our competition to win some Deadpool 2 goodies.