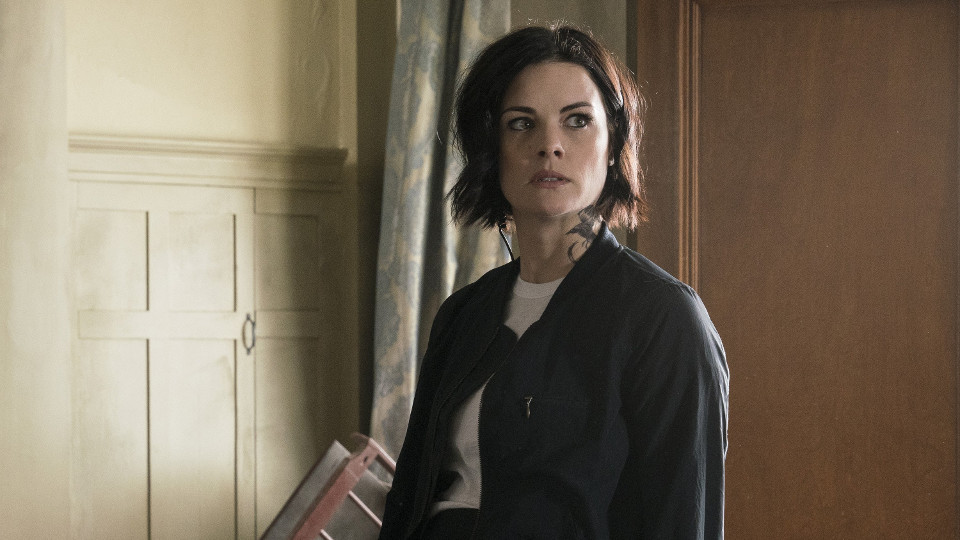 On the previous episode of Blindspot, Jane (Jaimie Alexander) was forced to speak with her mother to try and stop Roman (Luke Mitchell).

The episode saw the team work out that Roman was stealing chemicals to make a bomb. As usual he was one step ahead and even Jane talking to Shepherd wasn’t enough to catch up.

It looked like Roman was targeting the United Nations but his bomb was just a distraction. Instead he was trying to assassinate the leaders of two countries to change the direction of a pipeline to cross through Crawford’s land. He failed and looks to be on a collision course with his sister.

Elsewhere in the episode, Zapata (Audrey Esparza) was fired from the CIA and refused to go back to the FBI. This situation eventually resulted in Reade (Rob Brown) and Zapata getting it on.

The promo for the season finale show’s Roman promising more pain is on the way and that no-one can stop him. The promo has a shot of Jane in a hospital bed, she’s also heard telling someone that she has to tell them something.

The end of the promo show’s Reade looking like he’s tending to a shot Weller as Jane rushes to his aid. Will this be the end for Roman?

Watch the Blindspot 3×22 promo trailer below:

Here’s the official synopsis of Blindspot 3×22 In Memory:

Jane and Weller hunt Roman back to where it all started…Can they stop him at last?