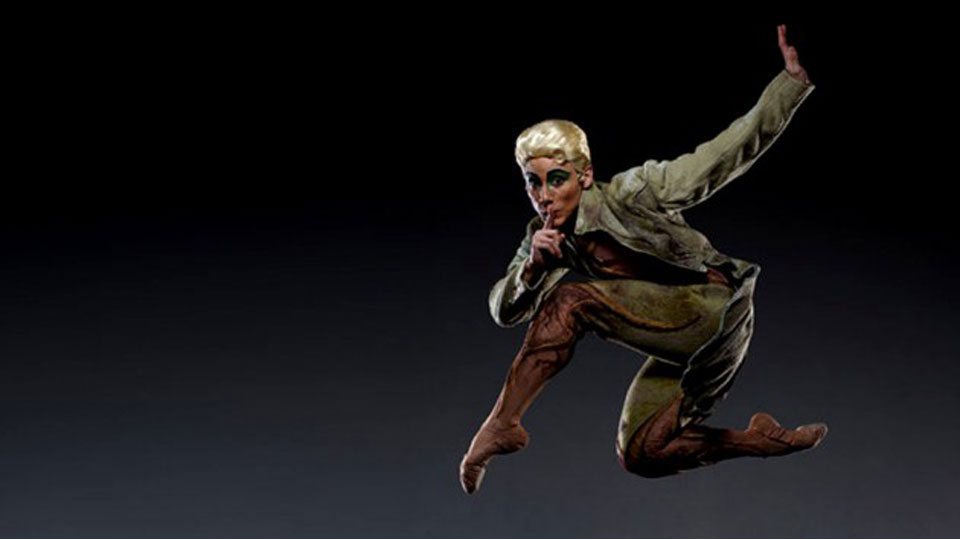 The Northern Ballet brings a fresh adaptation of A Midsummer Night’s Dream to the West Yorkshire playhouse this Autumn season. Directed by David Nixon, Artistic Director of Northern Ballet, the three-act performance of dance and live orchestra promises audiences a bold reinterpretation of Shakespeare’s classic, through movement and music.

A Midsummer Night’s Dream is the Bard’s best-known comedy, studied on numerous academic syllabi and adapted throughout several media. It’s an astute choice by Northern Ballet to transfer this particular show to dance, as not only is the story universally familiar, but it provides many avenues for rich development and balletic invention through romantic comedy and dream-like surrealism.

On the whole the story translates clearly and effectively. Without delving too much into its romantic entanglements here, Nixon’s ballet places the principle characters in a touring company, who rehearse their play – Romeo And Juliet – in the first act, before transferring via train to their performance venue. The train is the locus for a sequence of kodachrome dreams reflecting real-world events, before arriving at their destination in the third act for a live performance where love affairs are re-established.

Humour is expressed throughout the performance, with much balletic farce. The opening act, designed in stark monotone, has a distinctly silent-era Chaplin feel, whilst the dream sequence of the second act agreeably clashes with 1960s psychedelic colour and a potent Barbarella influence. Act three, tying up and undoing all the love triangles, has a balanced distillation of both styles. Duncan Haler’s design, with Andy Waddington’s lighting, work together to provide a complex world with the simplest of imagery, allowing Dixon’s ballet to tell the story.

Contemporary dance is laced throughout the show, giving the production a fresh modernity and accessibility to audiences who may be less engaged with classical ballet. Relationships are innovatively told through motifs and moves which explore the entirety of the Quarry Theatre’s impressive space. Many performances also have a dramatic depth beyond the beauty of dance; Darren Goldsmith as Bottom has a face which is constantly performing whilst Pippa Moore’s Helena provides a persistent fragility which is wholly endearing.

A single caveat is the inclusion of momentary dialogue, which is mildly disarming as the quality of the vocal performances are less confident than the dance, which engages alone without the need of verbal cues.

John Pryce-Jones’ musical direction is superb and the spotting to Nixon’s direction is a harmonious pairing. Performing Mendelssohn’s Overture and Incidental Music to A Midsummer Night’s Dream with concessional deviations into Brahms, audiences experience the spectacle of watching both dancers and musicians working en masse to create a living, breathing, fairy-tale world.

As a ballet, some purists may come away feeling the content is toned-down and panders to the populist. Scholars of Shakespeare may criticise the simplification of the plot. Either way, this bold interpretation of A Midsummer Night’s Dream succeeds wholly due to its consistent commitment to making an entertaining and exciting production; the content is beautifully conceived and directed, the classical score is impeccably performed and the design leaves an indelible mark. An inventive and creative adaptation of a dramatic classic, A Midsummer Night’s dream is a wildly arresting event with texture, depth and spectacle, placing it as a theatrical triumph of many forms.