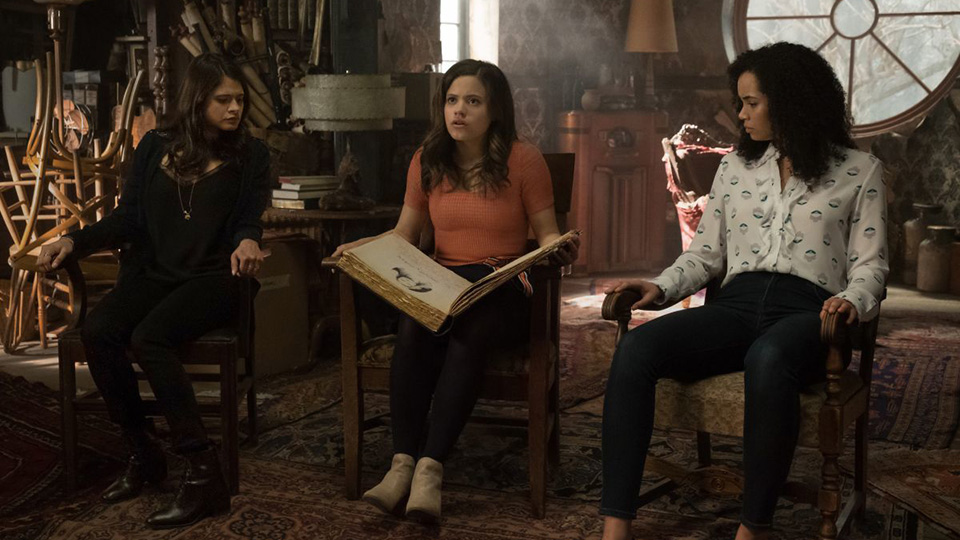 The backlash over the Charmed reboot may be growing but that’s not stopped The CW from debuting the teaser trailer for the series.

Arriving today, the trailer suggests that the new version of Charmed is more of a straightforward remake with a potentially darker edge. Sisters Mel (Melonie Diaz) and Maggie Vera (Sarah Jeffery) find their world thrown into chaos when their mother Marisol (Valerie Cruz) is murdered.

As they deal with her tragic death, the sisters are approached by Macy Vaughn (Madeleine Mantock), a girl who claims to be their half-sister. Initially sceptical the sisters realise Macy is telling the truth when their Whitelighter Harry Greenwood (Rupert Evans) reveals that they’re witches.

The trailer shows each of the sister finding out about her powers – Mel can freeze time, Maggie can read minds and Macy has telekinesis.

The Charmed reboot has been created by Jane the Virgin’s
Jennie Snyder Urman. The pilot is directed by Brad Silberling and written by Urman with a teleplay by Jessica O’Toole and Amy Rardin

This isn’t the first time that Charmed has been in the works for a reboot but it is the first time the show has been picked up to series. The stars of the original series haven’t been particularly warm about the reboot firing out messages about it on social media over the past couple of years.

We think it’s safe to assume that we won’t be seeing any of the original cast in this new version. Stranger things have happened though so let’s see how the show does in the ratings.

Charmed will air on The CW in the US on Sundays this autumn. There’s no word on a UK premiere date or channel but don’t be surprised if the shows pops up on Sky Living HD, Charmed’s original home, or on Netflix like fellow The CW shows iZombie and Riverdale.