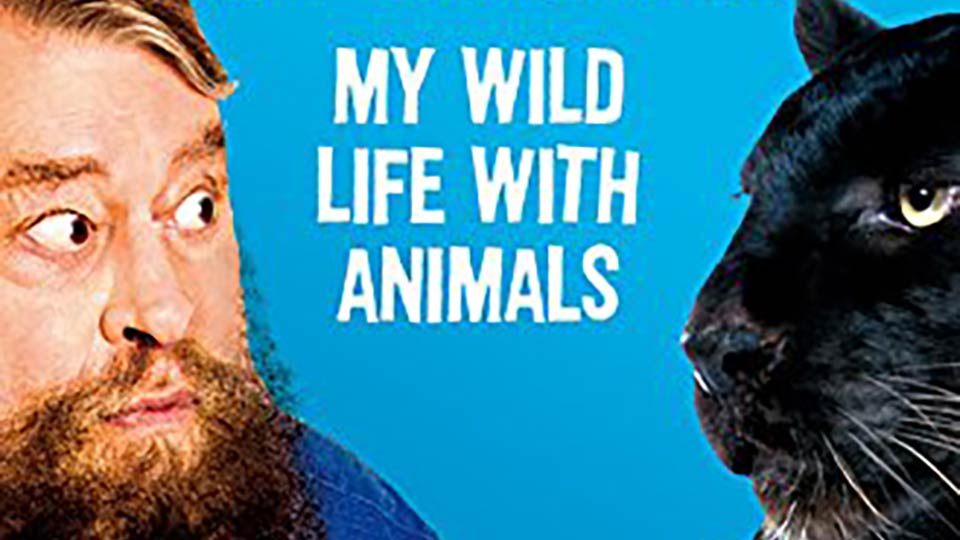 If you love your pet, or have had a special bond with an animal, you’ll adore this book. Brian Blessed (the legendary actor currently touring his An Evening With… show) doesn’t do things by halves, on screen, nor, it would seem, in his private life. The Panther in my Kitchen is an account of Blessed’s relationships with many animals, from commonplace pets like cats and dogs, to more exotic big cats, snakes, and even primates (spoiler alert: adolescent female gorillas take quite a shine to our intrepid, hirsute narrator).

The Panther in my Kitchen is written in a delightful conversational style. The author advises his readers to imagine that he is reading aloud to them, and this is exactly how the book feels throughout – you can hear Blessed’s distinctive, enthusiastic tones in every word, and you gain quite an insight into his life and personality. One thing you work out quite quickly: Uncle Brian has a whole lot of love to give!

The very first anecdote describes how Bodger the dog came to be part of Blessed’s menagerie. The author doesn’t shy away from explaining that the poor creature had been tortured, and was on the brink of death when the police found him, pouring out a sob story to persuade the actor to take him on. This reviewer was moved to tears within the opening pages at the depths of human cruelty, but also compassion, as Bodger saw the best and worst in humanity in quick succession. But a page later I was chuckling away at the story of Bodger’s aversion to farting. It’s a sign of things to come in the rest of the book: it balances the pain of suffering and loss with the ecstasy and privilege of developing a rapport with another living creature. You’d have to have a heart of flint not to be sucked in.

Despite Brian Blessed’s huge personality, he leaves plenty of room in The Panther in my Kitchen for others to take centre stage. His wife Hildegard and daughter Rosalind are beautifully captured in the pages, as the focal points of his life (even when he’s away climbing Everest – his spouse’s pragmatic letter, included in the text, speaks volumes…) Even his homes, as he progresses from Clarence House to the countryside of Surrey, are vividly brought to life and ground the reader in a firm sense of place.

But the animals themselves are the ones who dominate the book. It takes someone who really understands animals to make writing about them so compelling and truthful, and Brian Blessed succeeds brilliantly. Dog, cat and horse-lovers will spend the book chuckling away in recognition. But for those of us who may not have had a live encounter with a panther, but know what it means to have an eccentric friend who does the unexpected, and to impress our dear old father with an unlikely scenario, the episode from which the title derives is rather special.

Those who like a touch of celebrity in their actors’ memoirs won’t be disappointed, either. Blessed makes regular references to the television, stage or film work he was engaged in at the time of particular animal escapades. There’s a fascinating encounter with Stanley Kubrick, an appreciative young Keanu Reeves, and many references to the greatest piece of British television ever made (which happened to star Mr Blessed in one of the main parts), I, Claudius. And a gorgeous anecdote about this reviewer’s all-time favourite actor (sorry, Brian – you’re up there too!) – Jeremy Brett.

Of course, Brian Blessed is raising consciousnesses with this book, wanting to instil in his reader a greater understanding about the plight of many animals, from pets needing homes to those who escape illegal fighting rings all the way through to endangered species. Yet he does so with jovial persuasion and not a hint of militancy. The tale of Juan the orang-utan is a case in point. Blessed assures us that conservation efforts are better now than in the 1970s, when he tried so hard to save the young primate from depression and hopelessness by being his friend and sparring partner – it’s the emotional high point of the book, and no reader will ever forget it. Blessed persuades by the strength of his understanding and compassion of living creatures, as well as the attractive ebullience of his personality.

The Panther in my Kitchen is an outstanding read. Not many books are likely to make you laugh and cry – repeatedly. This one had just that effect on this reviewer. I was hooked by the end of the first page and didn’t want the stories to end. Those fascinated by the bonds we create with other species will do well to find such meaningful pursuits more accurately or life-affirmingly captured in words. Let’s hope there are more volumes of memoirs to come. Blessed is a gifted writer, spellbinding storyteller, and an even better animal advocate.

In this article:Brian Blessed, Macmillan Books, Pan, Pan Macmillan, The Panther in my Kitchen