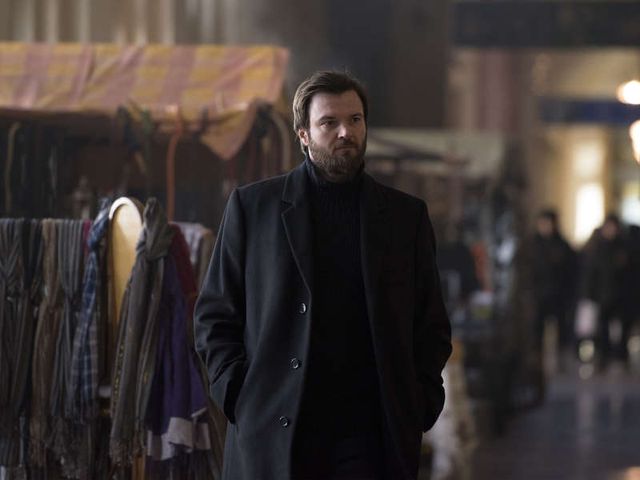 The season finale opened up where the penultimate episode left off, with Carrie disguised as Simone Martin (Sandrine Holt) being driven off by Anson (James D’Arcy). That part of the plan worked, Yevgeny (Costa Ronin) saw them leave and set his men on tracking them down.

Check out the Homeland 7×12 trailer below:

Meanwhile, Saul was trying to get Martin, disguised as Carrie, back to the embassy. They make it and Saul quickly had his team gather all their equipment and prepare to leave. Saul told Mirov (Merab Ninidze) that they had been recalled by the White House due to the situation with President Keane (Elizabeth Marvel).

As Saul and the team drove away in their vehicle, they were stopped by a suspicious Mirov. He wanted everyone out of the car and Saul tried to talk him down. A call came in from Yevgeny who said they had located Martin’s car and were about to apprehend her. This was enough for Mirov to let Saul and the rest go.

Things were looking up for Saul until they arrived at the airstrip. One of the Russian guards recognised a member of the team and wanted him arrested. Saul fought back and managed to keep everyone in the vehicle saying they had diplomatic immunity. The Russians surrounded the vehicle with guns drawn so Saul had to plea to Vice President Warner (Beau Bridges) for help. Warner told Saul he’d get back to him and went to see Keane. She had to come clean about Saul’s mission to recover Martin.

Elsewhere, Carrie and Anson were having a hard time getting to safety with the Russian’s after them. Carrie realised she needed to evade them long enough to buy Saul time. If she was discovered then they would know she was a decoy and stop Martin from leaving. Carrie left Anson who caused a crash with police to delay them and let her get away.

Carrie fled on foot with the Russian’s in hot pursuit. She eventually found herself cornered and managed to lock herself in a shop. As Yevgeny smashed his way inside, Carrie heard from Max (Maury Sterling) that Saul and the team had made it. Yevgeny took his fury out on Carrie by smacking her in the face but all she could do was laugh at him and his failed plan.

Three days later, Simone Martin testified in the US about her involvement in trying to bring down the government. President Keane was re-sworn in and Senator Paley (Dylan Baker) was arrested and charged with criminal conspiracy with a foreign power. Everyone was celebrating their win but Carrie was still being held by the Russians.

Yevgeny wanted Carrie to read a prepared statement of lies to say the whole situation was a CIA operation. Carrie refused so Yevgeny gave her a day to think about it. As extra incentive he promised to give her the medication she needed if she agreed. If not then he said she would go mad without it. Carrie still refused to do as he asked.

Keane met with Saul’s team who had saved her presidency as she wanted to thank them all in person. She also later met with Paley who begged forgiveness and for her to help his family. Keane spat in his face.

Keane eventually came to the conclusion that she must step down as president. She addressed the American people live and spoke from the heart. She knew that she had become part of the problem and that to move forward they needed a president that they could trust.

At the end of the episode, seven months had passed. On the Russian-Estonian border, Saul exchanged some high value Russian prisoners to get Carrie back. After identifying Carrie, the exchange went ahead. It looked like she was going to run into his arms but she ran straight past him. It then became clear that Carrie was in a bad way and had possibly gone crazy without her meds. She looked confused and traumatised and didn’t appear to recognise Saul at all. We’ll have to wait for season 8 to see what happens next.

Homeland is expected to return for an eighth season in 2019.