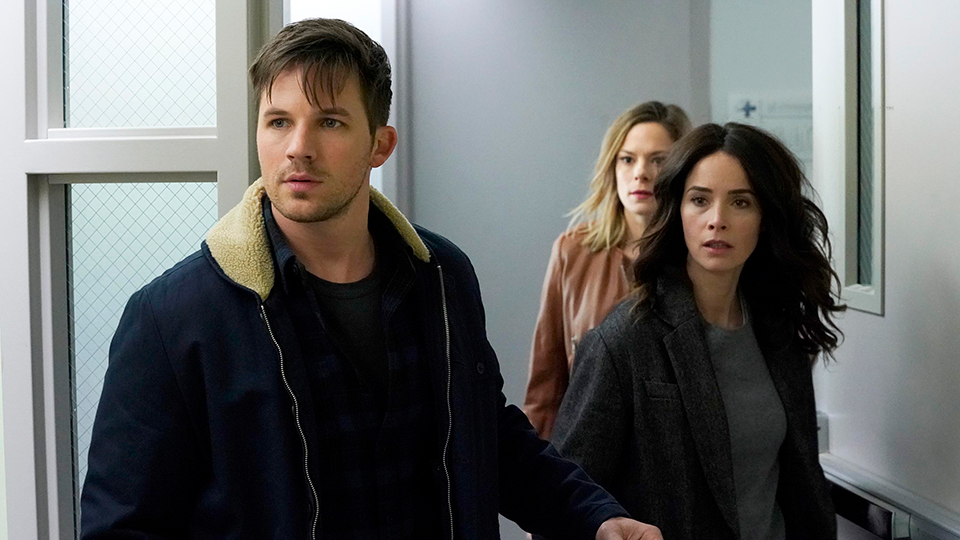 Travelling back to 1692 Salem, Lucy (Abigail), Rufus (Malcolm Barrett) and Flynn had to try and save Abiah Franklin (Sofia Vassilieva), the future mother of Benjamin Franklin, from being executed in the Salem Witch Trials. At the same time Carol (Susanna Thompson) was ordered to kill Lucy by Nicholas (Michael Rady).

Carol accused Lucy of being a witch in order to get her arrested but then helped her to escape. Flynn caused a diversion to allow all of the women due to be executed the chance to escape.

Meanwhile Wyatt spent time with Jessica (Tonya Glanz) after discovering that she was alive thanks to changes in the timeline. She wanted to divorce him but he, out of desperation, told her about the Lifeboat and took her to the bunker much to Agent Christopher’s (Sakina Jaffrey) dismay.

Elsewhere Rufus asked Jiya (Claudia Doumit) not to tell him about her visions and Nicholas tasked Emma (Annie Wersching) with killing Lucy when Carol failed.

The next episode of the season is The Kennedy Curse. A mission to save 17-year-old John F Kennedy from being killed by Rittenhouse sleeper agents accidentally strands Garcia Flynn in 1934.