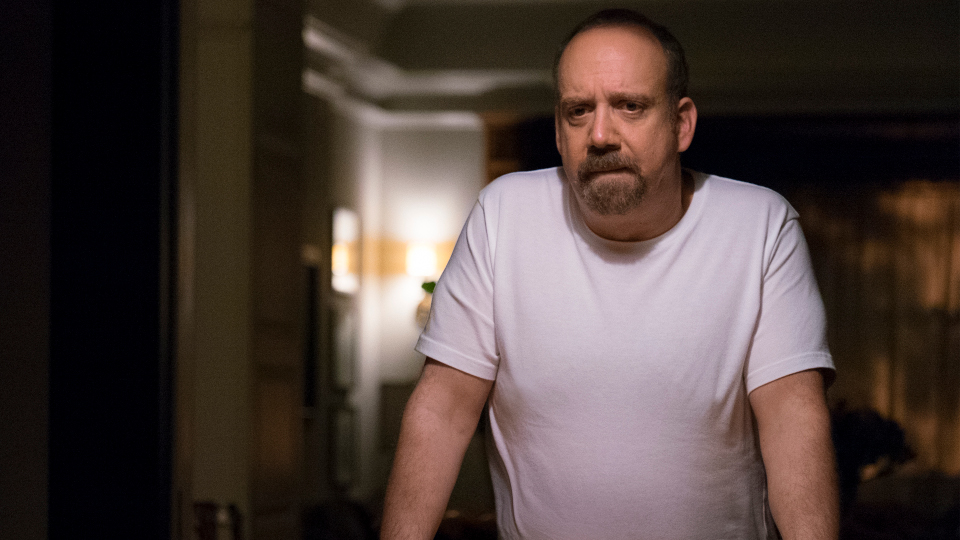 On the latest episode of Billions, Connerty (Toby Leonard Moore) tried to get Chuck Rhoades, Sr. (Jeffrey DeMunn) on the record against his son.

The episode opened up with Connerty and Dake (Christopher Denham) interviewing Chuck Sr. and offering him full immunity. In exchange they wanted him to confirm that his son, Chuck Rhoades (Paul Giamatti), had directed him to invest his trust in Ice Juice.

Before we heard his answer, the episode jumped backward to three days earlier. Dake met with Chuck to give him the heads up on what Connerty was up to. Knowing that Chuck Sr. would be brought in, he suggested Chuck make sure he spoke to him beforehand. It was a difficult situation though because the pair weren’t currently on speaking terms.

Chuck concocted a plan to try and get back in his father’s good books. He would attend the Yale 25th reunion. At the same time it would be the 50th reunion which his father was attending to receive an award. Chuck managed to swing it so that he would be the one presenting his father with the award and he gave an emotional speech. Sadly it wasn’t near enough to change his father’s mind.

Meanwhile, Axe (Damien Lewis) attended a fundraiser where he was given an venture philanthropy pitch. He was on the board at World Aid, a non-profit energy company, and the pitch suggested they buy a solar panel company called Rayveon. Axe thought about it and had Taylor (Asia Kate Dillon) buy into it.

At the board meeting, Axe discovered that everyone wanted to vote him out. He wasn’t able to influence the outcome of that so instead he tried some reverse psychology to get them to do his bidding. He rubbished the idea of them buying Rayveon and said they couldn’t pull it off. To try and get one up on Axe they went against his advice and unknowingly did exactly what he wanted.

At Axe Capital, Taylor decided to bet against the latest launch of a rocket that Craig Heidecker (James Wolk) was manning. He’s the Elon Musk type guy that Wendy (Maggie Siff) had a fling with last season. The launch wasn’t just a failure, it was a complete disaster and exploded after takeoff, killing Heidecker. Axe Capital made a profit but Taylor felt uneasy about the whole situation.

Elsewhere in the episode, Wags (David Costabile) had his sights set on an exclusive burial plot in Manhattan. The final spot was up for $350k but a wealthy lawyer had beaten him too it. Wags went to him and made an honest offer to take it off him but he refused. So instead, Wags dug up some dirt on the lawyer and discovered an affair. Eventually his efforts paid off and much to his delight he secured the burial plot and his legacy.

At the end of the episode, Chuck called on Black Jack Foley (David Strathairn) to help deal with his father. He arranged a meeting to tell his father that his land could become worthless. This forced Chuck Sr. to tell Connerty that Ira was a liar and he didn’t give up his son. He then went to see Chuck, gave him a big kiss on the lips and said he was proud of him for doing what was necessary. It was clear that things aren’t going to improve between them anytime soon.

Watch the Billions 3×05 trailer below:

The official synopsis for Billions 3×05 reads:

Chuck trades favors with a co-conspirator; Axe and Chuck fight for the loyalty of the same witness; Connerty gets closer to the truth; Axe sends Taylor to Silicon Valley to explore new business opportunities; Dollar Bill plans a big short position on a pharmaceutical company stock, but not everyone at Axe Cap approves.