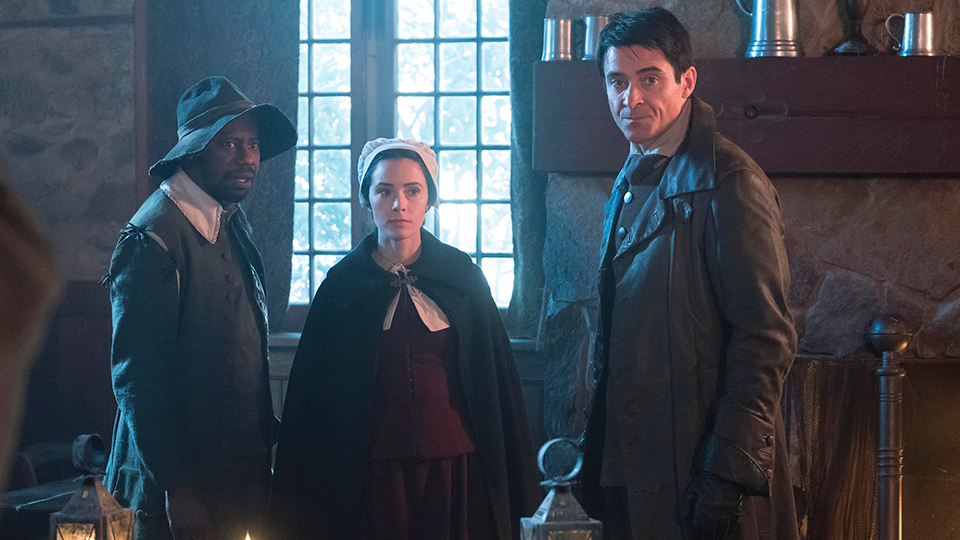 The Lifeboat travelled to Los Angeles in 1941 on the latest episode of Timeless.

Calhoun was using the film to negotiate his own column in a newspaper so he could manipulate history using propaganda. The team enlisted the help of Hedy Lamarr (Alyssa Sutherland) to recover the film and they killed Calhoun in the process.

Elsewhere Lucy and Wyatt slept together, Jiya (Claudia Doumit) had a medical exam and was found to be in perfect health, and Wyatt found out that his wife is alive.

The next episode of the season is The Salem Witch Hunt. Wyatt faces a shocking truth. Flynn joins Lucy and Rufus in the Lifeboat on a trip back to 1692 at the height of the Salem witch trials.