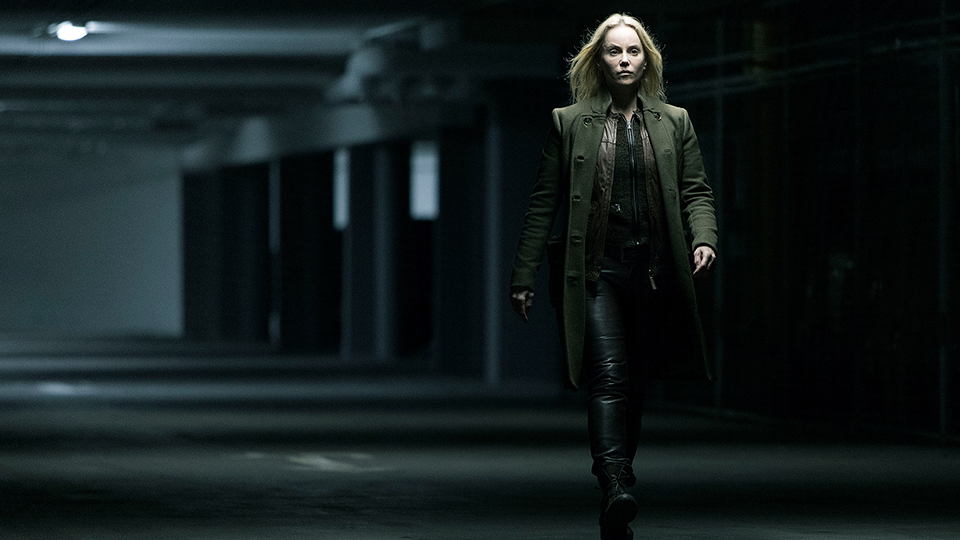 The Bridge is back! And like Accrington Stanley gaining promotion to the English First Division, The Bridge has earned an upgrade from BBC Four to BBC Two for its final hurrah.

This preview contains spoilers for the first episode of The Bridge Season 4. If you don’t want to read any spoilers, we suggest you stop reading now.

There are so many foreign dramas available to us these days, one tends to forget how game-changing The Bridge was when it first came on to our screens back in 2012 (it came out in Scandinavia the previous year). But over the previous three seasons, we’ve got to know Swedish Saga (Sofia Helin), Danish Martin (Kim Bodnia) and more recently Danish Henrik (Thure Lindhardt) to such an extent that the news that this is to be their fourth and final season almost seems like the end of an era. It will be sorely missed by fans of the genre, many of whom have turned up tonight for the BFI screening of the opening episode of the final season. But it needs to go out with a bang, not a whimper. And on the evidence of tonight, it won’t disappoint.

Episode one opens in typically shocking manner. A woman is buried alive under the eponymous bridge, her body buried feet first, so that only her head is above ground. She’s gagged and unable to move. A man is stood a few feet away. Next to him, lit by the lights on his vehicle, is a pile of stones. He picks up a stone and throws it at her head. He misses. But the second one hits her above the right eye. And so it continues – stone after stone, some hitting their mark, some missing, until all that’s left is her bloodied and lifeless head.

Meanwhile, Saga is in prison, having been falsely accused of murdering her mother at the end of season three. Unsurprisingly, Saga is having a hard time of it. Being a (former) cop in jail isn’t easy, and when threatened by another inmate, she lashes out. That results in a spell in solitary confinement – something she actually prefers as nobody can talk to her.

There are so many threads to this story, it’s going to be fascinating to see how they all come together. There are the spooky identical twins – one of whom is a famous journalist; the other simply living off his brother’s fame. And the wife-abusing taxi-driver who dropped off the stoning victim at a hotel shortly before her death.

The theme running through this season is identity, as one of the lead writer’s – Hans Rosenfeldt – explained during the Q&A that followed the screening. Since The Bridge started, the subject of immigration and those seeking asylum has become an emotive subject in both Sweden and Denmark, with the two countries taking differing approaches to the situation. The Bridge explores identity in many ways – Saga’s questioning of who she really is; Henrik’s on-going tribulations regarding the disappearance of his family (which remains unresolved after season three); fake identities of the immigrant population; and even the twins and their dual identity.

The characterisation is so strong, it’s what makes The Bridge the cream of the crop of crime drama. Saga’s character in particular is quite unique, and her personality has become more and more developed and complex as the show’s grown. The script is brilliantly written with – despite the darkest of subject matters – touches of typically dry Scandinavian wit (another aspect of the show that helps raise it above the norm).

It’s so good to have it back on our screens. Essential viewing for Nordic Noir lovers.

Advertisement. Scroll to continue reading.
In this article:BBC 2, The Bridge