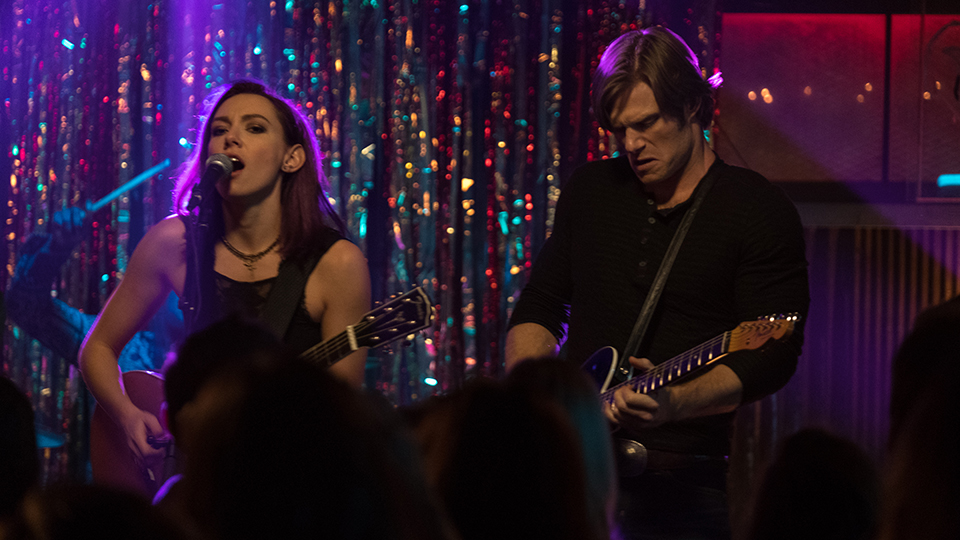 Deacon (Charles Esten) tried to properly introduce Jessie (Kaitlin Doubleday) into the family on the latest episode of Nashville.

After going on an evening out with Daphne (Maisy Stella) and Jake (Myles Moore), Deacon was disappointed by how rude Daphne behaved towards Jessie. He arranged a meal for the four of them at home and Daphne’s rude behaviour continued.

Jessie convinced Deacon to let her talk to Daphne and she told her that she wasn’t trying to replace Rayna (Connie Britton), admitting that she knew she never could. The two seemed to smooth things over and Daphne apologised for her behaviour.

Meanwhile Alannah (Rainee Lyleson) caused friction between Will (Chris Carmack) and Gunnar (Sam Palladio), when Gunnar revealed he had slept with her. Avery (Jonathan Jackson) continued to try and be the peacekeeper but tensions quickly rose.

Elsewhere Scarlett (Clare Bowen) became interested in Sean (Jake Etheridge), the nephew of the woman who’s equine therapy centre she was helping out at. She discovered Sean was a talented musician but his time serving in the army had given him PTSD and stopped him from performing.

The next episode of the season is Can’t Help But Wonder Where I’m Bound. Daphne and Jake perform at school, and Alannah’s stage presence creates division in the band.