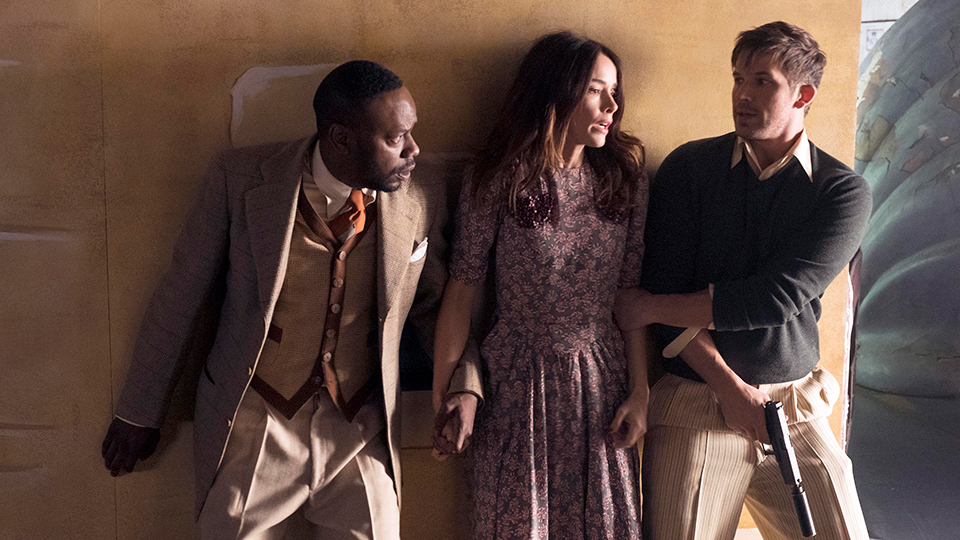 Lucy (Abigail Spencer), Wyatt (Matt Lanter) and Rufus (Malcolm Barrett) used the Lifeboat to follow the Mothership to Darlington in 1955 on the latest episode of Timeless.

Flynn (Goran Višnjić) gave Lucy a tip-off about Rittenhouse and the team discovered the organisation was after a NASCAR race driver at the Darlington 500. That driver turned out to be a sleeper agent for Rittenhouse and they were aided by another driver named Wendell Scott (Joseph Lee Anderson).

Together they uncovered a plot to blow up Wendell’s car and kill executives in the automotive business so Rittenhouse could take over the industry. Wyatt killed the sleeper agent and Rufus defused the bomb.

The next episode of the season is Hollywoodland. The team travel back to Hollywood in 1941 and join up with actress Hedy Lamarr to stop Rittenhouse sabotaging the release of an iconic film.