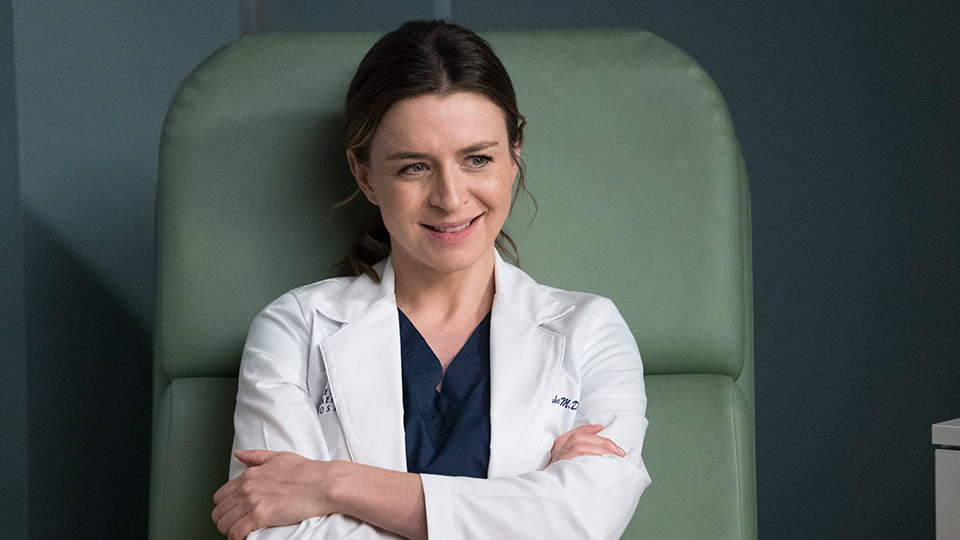 After discovering him walking around the corridors, Meredith got him back into bed and quickly started to bond with him. She diagnosed a blood clot when he thought his kidney was failing and rushed him into surgery.

The operation was successful and Meredith realises that her new pal was stirring up some other kinds of feelings inside her. Could we be seeing him again in the future?

Meanwhile April (Sarah Drew) took her bad temper out on Bailey (Chandra Wilson) when they disagreed over the treatment plan for a rabbi. April took over as his primary carer and he helped her understand her recent crisis of faith before he passed away.

Elsewhere Owen (Kevin McKidd) rushed to Germany to declare his love for Teddy (Kim Raver). The two slept together but she quickly found out that Owen had also been with Amelia (Caterina Scorsone) less than 24 hours earlier. She kicked him out and refused to give him a second chance.

The next episode of the season is Hold Back the River. Amelia, Koracick (Greg Germann) and DeLuca (Giacomo Gianniotti) perform a risky, groundbreaking procedure using ultrasound waves to remove a young patient’s brain tumour.