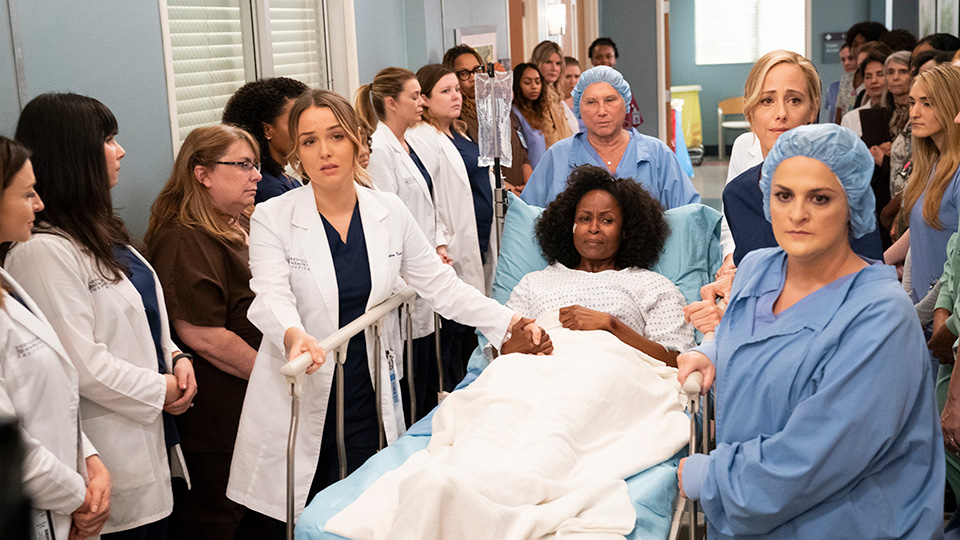 DeLuca (Giacomo Gianniotti) struggled to deal with his father Vincenzo’s (Lorenzo Caccialanza) breakdown on the latest episode of Grey’s Anatomy.

Alex (Justin Chambers) assigned him on to a surgery but swiftly removed him when he became aggressive and rude with the girl’s mother. Despite being taken off the case, DeLuca continued to try and convince the patient to have surgery, which eventually worked, but Alex refused to let him back on the case.

As he dealt with the aftermath of what happened with his father, DeLuca pushed Meredith (Ellen Pompeo) away.

Meanwhile Amelia (Caterina Scorsone) tried to stay away from Link (Chris Carmack) but the two had to work on a case of a woman in risk of paralysis. During the surgery they couldn’t prevent her paralysis and the woman wound up quadriplegic, and Amelia and Link ended up finding comfort in one another again.

The next episode of the season is Silent All These Years. When a trauma patient arrives at Grey Sloan, it forces Jo (Camilla Luddington) to confront her past. Meanwhile, Bailey (Chandra Wilson) and Ben (Jason George) have to talk to Tuck about dating.