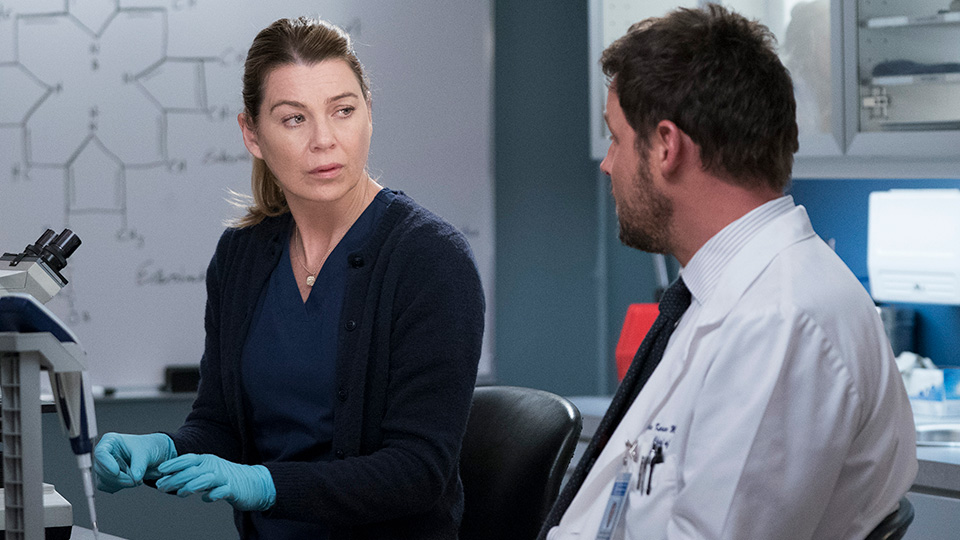 Grey’s Anatomy became the longest-running medical drama in history last week and the show marked the milestone with a party.

Jackson (Jesse Williams) threw a party to celebrate Catherine’s (Debbie Allen) successful surgery and to thank Amelia (Caterina Scorsone) and Koracick (Greg Germann). It didn’t turn out quite how he planned though when Amelia and Owen (Kevin McKidd) got into a fight over his feelings for Teddy (Kim Raver) and his jealousy of her relationship with Koracick.

That resulted in Koracick punching Owen in the face. The Grey Sloan doctors were then rushed outside when a fire alarm in the building went off, forcing them all to evacuate.

Meanwhile Alex’s (Justin Chambers) mother unexpectedly visited causing him and Jo (Camilla Luddington) to wonder if she’s OK or if she was having a mental break.

Elsewhere Maggie (Kelly McCreary) was annoyed at the attention her former bully was getting for her article on how Maggie saved her life, Meredith (Ellen Pompeo) and DeLuca (Giacomo Gianniotti) were caught getting hot and heavy by Richard (James Pickens Jr), and Carina (Stefania Spampinato) turned up in Seattle with her and Deluca’s father. Also Owen and Amelia were handed Leo back by Betty’s (Peyton Kennedy) parents.

The next episode of the season is Blood and Water. Meredith finds herself having to side with either Alex or DeLuca during a difficult situation, but she doesn’t want to betray either of them.