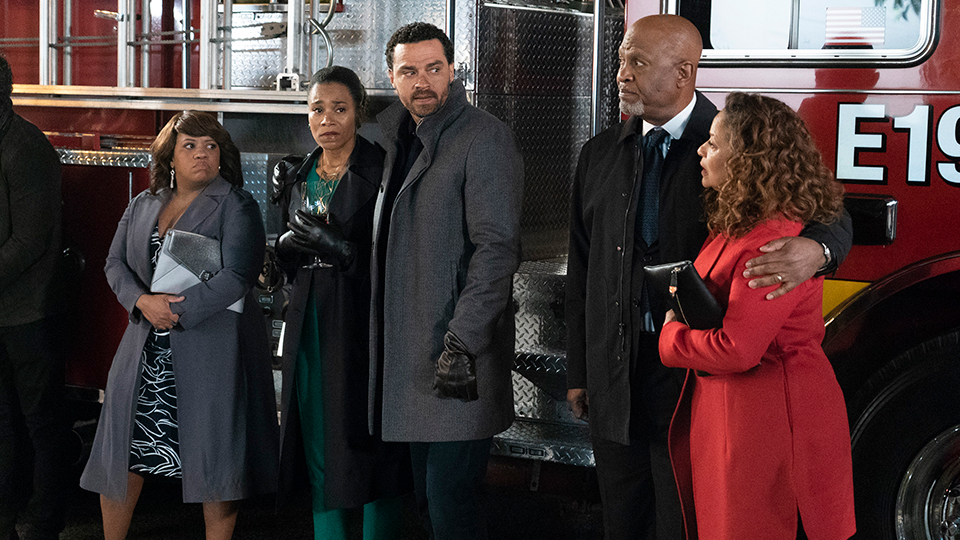 Amelia (Caterina Scorsone) and Owen (Kevin McKidd) got a shock when Betty (Peyton Kennedy) was brought into Grey Sloan as part of a group of teenagers that had overdosed on the latest episode of Grey’s Anatomy.

Betty tried to stay off the radar so Amelia and Owen didn’t find out but that didn’t work. While her boyfriend was in recovery, Betty was rushed into surgery when she suffered an aortic dissection.

Amelia was comforted by Link (Chris Carmack) but blamed herself when Betty’s boyfriend died after she left him alone. Teddy (Kim Raver) led the operating team and saved Betty’s life, bringing her unexpectedly closer to Amelia.

Betty reunited with her parents and Owen was forced to say goodbye to Leo.

Meanwhile Meredith (Ellen Pompeo) broke the hospital’s record for the longest single surgery with DeLuca (Giacomo Gianniotti) by her side.

Elsewhere Maggie (Kelly McCreary) tried to get out of a camping trip with Jackson (Jesse Williams), Alex (Justin Chambers) and Jo (Camilla Luddington) treated a drug addict who lost her son in a park, and Nico (Alex Landi) and Levi (Jake Borelli) worked together as their relationship intensified.

The next episode of the season is We Didn’t Start the Fire. When Jackson throws a party to celebrate Catherine’s surgery and those who worked to save her, literally nothing goes as planned.