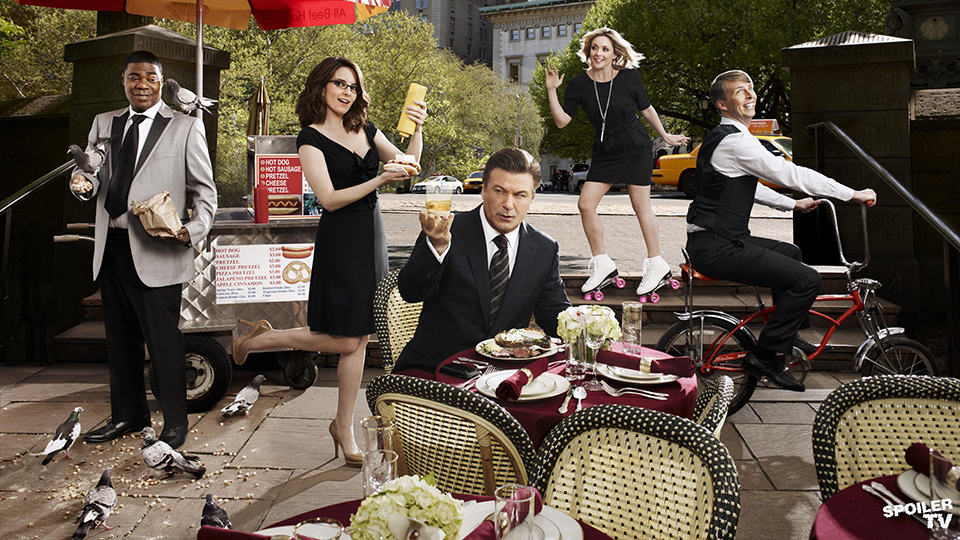 Multi award-winning US comedy 30 Rock was nominated for 312 awards during its seven season run, winning a whopping 86!

Alex Baldwin plays her new boss Jack Donaghy “Head of East Coast Television and Microwave Oven Programming”. He won the SAG Award for Outstanding Actor in a Comedy Series every year from the show’s inception in 2006 until 2012, a feat held by no other actor in either drama or comedy. Unsurprisingly then Alec Baldwin has said that this show is the “best job he’s ever had.”

Liz Lemon (Tina Fey) is the head writer of The Girly Show but her life is turned upside down when brash new network executive Jack Donaghy (Alec Baldwin) interferes with her show, bringing the wildly unpredictable and mentally unstable Tracy Jordan (Tracy Morgan) into the cast – renaming it TGS with Tracy Jordan. Now it’s up to Liz to manage the mayhem and still try to have a life.

To celebrate the release of 30 Rock Season 1 on Blu-ray, we’ve got 2 copies to give away. All you need to do to be in with a chance of winning is enter below:

In this article:30 Rock