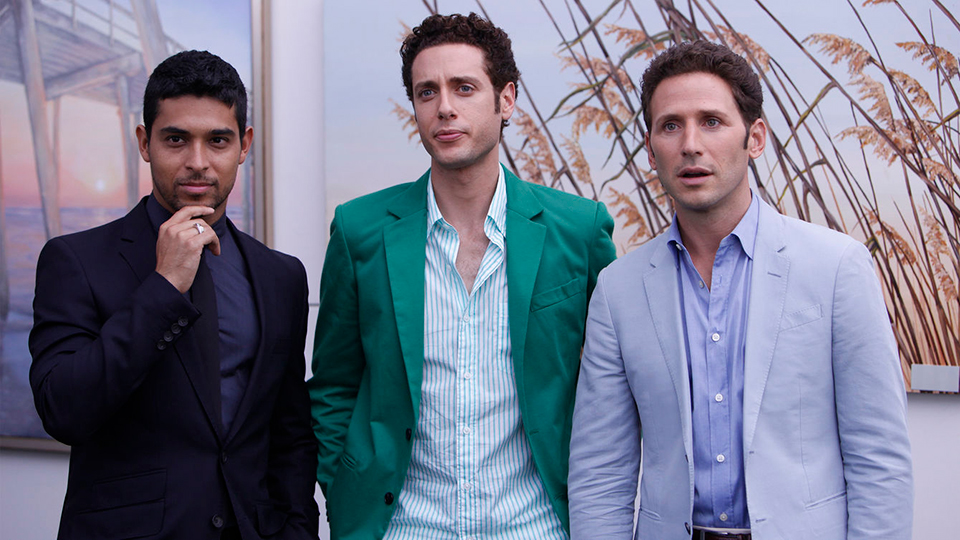 Royal Pains was broadcast on ITV2 in the UK for many years, gaining a firm fan base and now fans can own the complete and definitive collection. Enjoy all 104 episodes from 8 seasons of this smart and original comedy that Entertainment Weekly hails as “whimsical fun”, finally in one complete collection from 9th April 2018.

In 2014, Hayden Christensen, the actor best known for his portrayal of Anakin Skywalker/Darth Vader in the Star Wars saga, won a lawsuit in which he claimed that the idea for the show was his, having previously pitched to the USA Network an idea for a new television series, which involved a concierge doctor who made house calls to the rich and famous.

Synopsis: Hank is a rising star in the New York City medical community, until he loses everything fighting for the life of a patient. With his career stalled and his personal life in shambles, Hank is in need of a new beginning. That’s where his younger brother Evan (Paulo Costanzo) steps in. Fed up with Hank’s personal pity party, he convinces Hank to join him on a last-minute trip to the Hamptons for Memorial Day weekend. When the brothers crash a party at the home of Hamptons’ billionaire and a guest falls critically ill, Hank saves the day. His dramatic medical rescue draws attention from the crowd. Inadvertently, Hank becomes the hot new “concierge doctor” in town. With encouragement from Evan and an ambitious young woman who volunteers to be his physician assistant, he decides to stay in town solving medical crises and helping those in need. Hank is back to doing what he does best. And now he’s reinventing himself as the Hampton’s hottest new “doctor-in-demand.”

To celebrate the release we’re giving away 1 copy of Royal Pains: Complete Collection Seasons 1 – 8 on DVD and 2 runners-up will get boxsets featuring seasons 6 – 8 on DVD. Enter below for your chance to win: