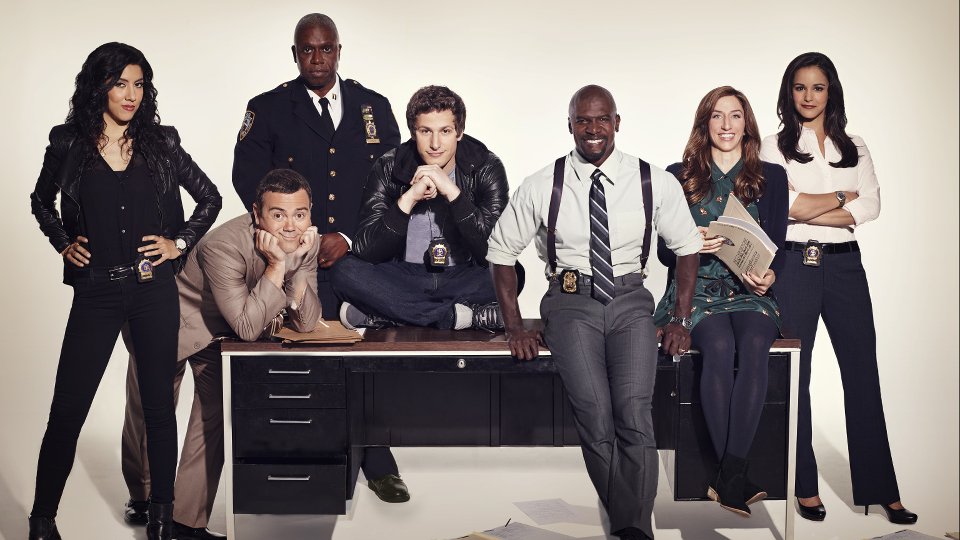 Brooklyn’s finest come out on parole now that the hilarious Brooklyn Nine-Nine – Season One is released on DVD from Universal Pictures (UK) – out now.

From Emmy® Award-winning writer/producers Dan Goor and Michael Schur (Parks and Recreation, The US Office) and produced by David Miner (30 Rock), Phil Lord and Chris Miller (How I Met Your Mother, 21 Jump St, Lego Movie), and Andy Samburg (Lonely Island, Saturday Night Live) comes a hit new sitcom that follows the day to day lives of an NYPD unit in Brooklyn.

Jake is a gifted detective who has never had to work too hard or follow the rules too closely… that is, until Captain Holt, a strict captain with a lot to prove, arrives as the precinct’s new by-the-book commanding officer.

This must-see, award-winning series secured one of the largest launches for a NBC comedy in the UK. Don’t miss out on a piece of the action – Brooklyn Nine-Nine is out now on DVD.

To celebrate, we are giving away 3 great comedy bundles of Brooklyn Nine-Nine, The US Office and 30 Rock. To be in with a chance of winning a bundle, just answer the question below.

Advertisement. Scroll to continue reading.
In this article:30 Rock, Brooklyn Nine-Nine, Competition, The US Office