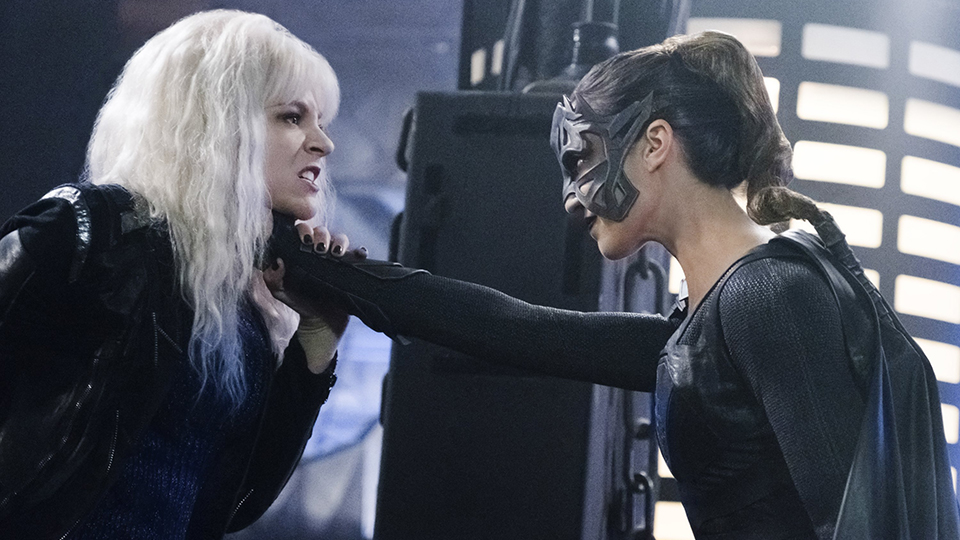 Supergirl returned from its third season break in the UK this week and Kara (Melissa Benoist) was in a coma following her battle with Reign (Odette Annable).

As the DEO and the Legion helped Kara to heal, Brainiac-5 (Jesse Rath) entered her mind to try and wake her up. Kara eventually woke from her coma and joined the team in their fight to stop Reign, who was now punishing people across the city.

After discovering that Reign wasn’t easily taken down by Kryptonite, Kara injected a liquified form of it directly into her. As Reign recovered from the attack, she learned that there were other Worldkillers like her.

Meanwhile Lena (Katie McGrath) questioned her burgeoning relationship with James (Mehcad Brooks) and she came clean to Kara, who was actually J’onn (David Harewood) in disguise.

Elsewhere Sam remained unaware that she was Reign and Kara tried to move on from Mon-El (Chris Wood).

The next episode of the season is Fort Rozz. Supergirl teams up with Saturn Girl, Livewire and Psi on a crucial mission to Fort Rozz. But when Reign strikes, one of them pays the ultimate price.