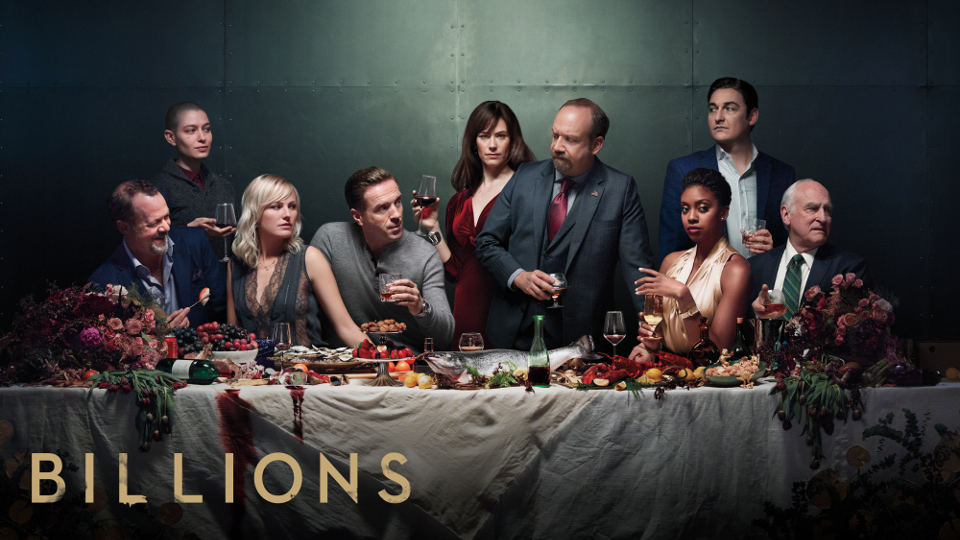 Billions returns to UK screens later this month for a third season. The season three premiere of the Showtime drama will air on Sky Atlantic on March 29th less than a week behind the U.S.

The second season of the show continued the battle between hedge fund king Bobby “Axe” Axelrod (Damien Lewis) and U.S. Attorney Chuck Rhoades (Paul Giamatti). At the end of the season, Chuck lost all his money while Axe was released from custody on bail. Both men promised to keep working to take the other down.

In season three, both men are still determined to destroy the other while also battling for their own survival amid new forces and powerful enemies. Wendy Rhoades, Chuck’s wife and Axe’s performance coach, is all in for both of them. It’s an uneasy and dangerous position for her, and one that ultimately puts her to a decision that could alter the direction of her life irrevocably

Preview the season three premiere of Billions in our gallery below:

The official synopsis for the Billions season three premiere reads:

Chuck receives a mandate from a new boss. Axe braves a difficult choice following his recent indictment. Taylor generates a monster strategy. Lara threatens to pull her money from Axe Capital. Sacker strives to prove herself as Chief of Crim.

Tune in to Sky Atlantic at 9pm Thursday 29th March to see the season three premiere of Billions.

Watch the Billions 3×01 Tie Goes to the Runner trailer below: