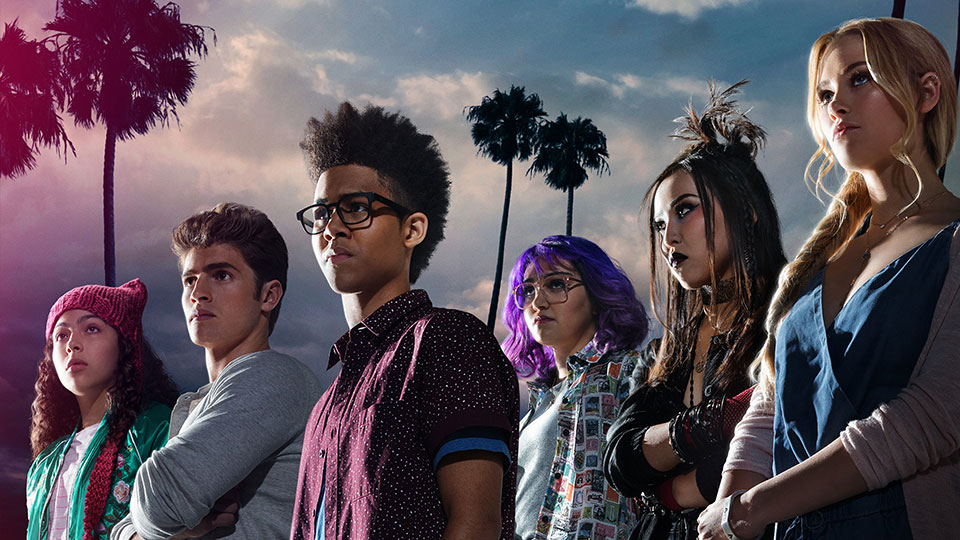 Syfy UK has acquired the UK premiere rights to three new shows from Disney UK & Ireland to air this spring.

The channel will be the home for Marvel’s Runaways, supernatural thriller Siren and sci-fi crime drama Stitchers.

“A team of science fiction fans ourselves, we are thrilled to be featuring three exciting UK premieres – Marvel’s Runaways, Siren and Stitchers on SYFY UK’s spring schedule,” commented Lee Raftery, MD UK & Emerging Markets and Chief Marketing & Content Officer NBCUniversal International. “As the destination brand for science fiction and fantasy genres, these new shows deliver on our brand promise, engaging our fans with new superhero action from the Marvel Universe to a unique twist on the legend of mermaids, along with mind-bending mysteries.”

Find out more about each of the shows below…

Plot: Every teenager thinks their parents are evil. But what if you found out yours actually were? Marvel’s Runaways – the latest TV hit from powerhouse Marvel Television and ABC Signature Studios – tells the story of six diverse teenagers who can barely stand each other, but must unite against a common foe – their parents. The series has already been commissioned for a second season.

Plot: Set in a coastal town that is legendary for having once being home to evil mermaids, Siren tells the story of a battle between man and sea as the predatory beings return to reclaim their right to the ocean. The story starts when a bright marine biologist, Ben (Alex Roe, The 5th Wave), finds himself drawn to Ryn (Eline Powel, Game of Thrones), a curious girl who harbours a deep dark secret. Is Brighton Cove’s new arrival about to prove the folklore all too true?

Plot: Stitchers follows a young woman, Kristen (Emma Ishta) who is recruited into a covert government agency to be ‘stitched’ into the minds of the recently deceased to decipher mysteries that otherwise would have gone to the grave. Working alongside Cameron (Kyle Harris), a brilliant neuroscientist, and head of the secret operation Maggie (Salli Richardson-Whitfield, A Town Called Eureka), the team must use the memories of murder victims to uncover who killed them.

Marvel’s Runaways will premiere in the UK on SYFY on 18 April, with Siren following in May and Stitchers later this year.