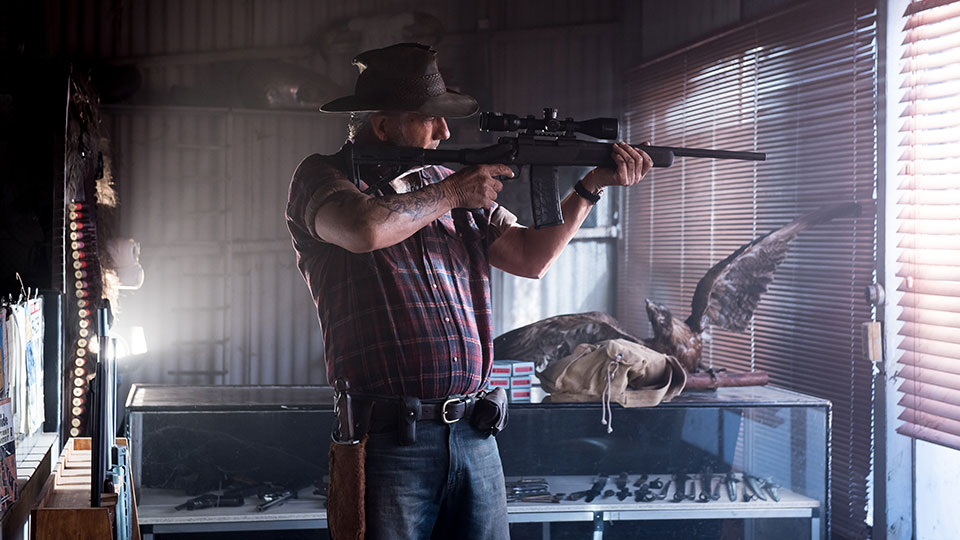 The second season of Wolf Creek, the TV series spin-off from the successful movie franchise, will arrive on FOX at 10pm on Tuesday 3rd April 2018.

The first season of the show saw Mick go up against American tourist Eve Thorogood (Lucy Fry) after he killed her entire family during their vacation. Over the 6 episodes a cat and mouse game unfolded as Eve sought revenge.

The synopsis for the new season is:

Mick Taylor has got away with murder more times than he can count… almost. His season one battle with Eve Thorogood brought him closer to death than ever before. But with concerns of getting older, Mick thinks about his legacy… he decides it’s time to do something big… something to secure his notorious legacy. One day at a roadhouse bar, an affable tour guide props next to him for a soft drink… and an opportunity presents itself. Mick’s twisted plan unfolds rapidly: how can a coach-load of tourists simply vanish without trace?

Will this group work together or turn against each other? Remain united or scatter in disarray? Can they figure out why Mick is doing this, and what his next move will be? Who, if any, will survive?

Advertisement. Scroll to continue reading.
In this article:FOX, Wolf Creek