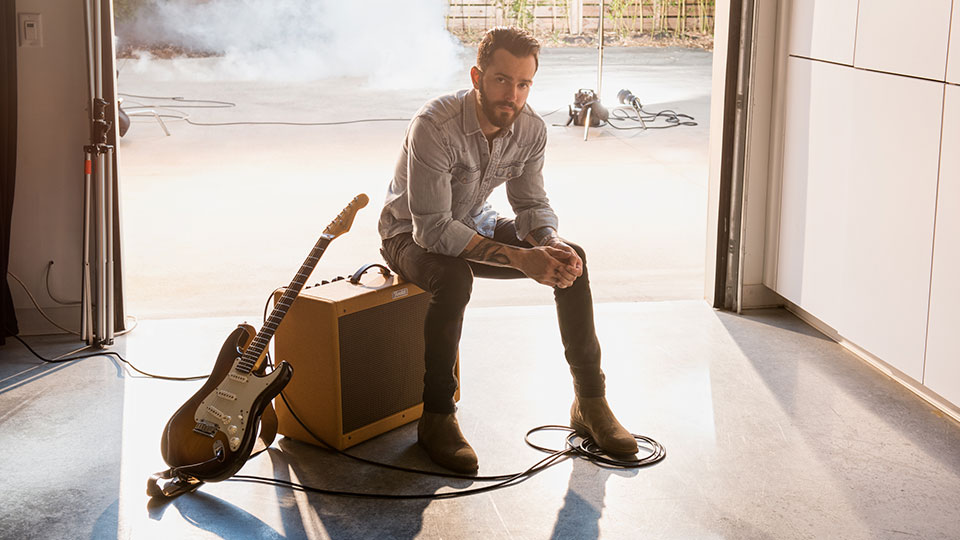 Ryan Kinder has released his latest single Leap of Faith ahead of his appearance at C2C: Country to Country 2018 next week.

Releasing both the song and the video at the same time, Kinder showcases his impressive guitar licks on the rock-tinged track. He co-wrote Leap of Faith with Fred Wilhelm and Luke Sheets.

The music video for the track sees Kinder performing the track on stage, intercut with shots of him playing guitar in a room alone. The clip was directed by Justin Key.

On the track Kinder plays electric guitar, acoustic guitar and resonator guitar as well as supplying the vocals. Backing vocals on Leap of Faith come from Kristen Rogers and April Rucker, frequent collaborators of Kinder’s.

Already a staple part of Kinder’s live show, Leap of Faith was only recently recorded in the studio. It was part of Spotify’s New Music Friday playlist and it’s making an impact pretty quickly.

Kinder explains, “With Leap of Faith, I’ve had the chance to live with it, rework it, go back to the original version, play with 1,000 different solos and test it out with my fans. I dug through the catalog and found what made me fall in love with songwriting. I got to go back to my roots with this song and it rocked.”

Next week Kinder is in the UK to perform at C2C and be part of the C2C Roadshow in the week after the festival. Fans can see him at the following dates:

To date Kinder has amassed more than 40 million streams despite not yet releasing an album. Last year he released his breakthrough single Still Believe in Crazy Love, which has garnered him a solid fanbase and caught the attention of influential publications.