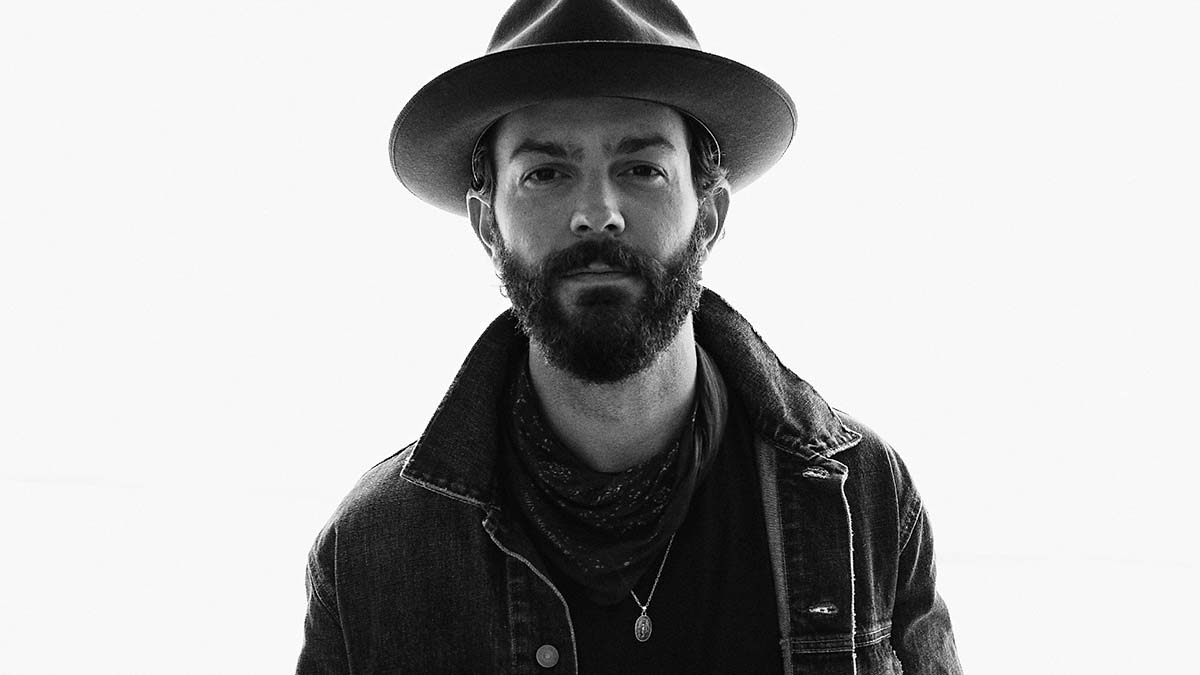 Musician Ryan Kinder is gearing up for the release of his debut album ‘Room To Dream’ on 30th July 2021.

An artist who has played here in the UK over the past few years, Kinder has been building a platform outside of the US. He’s performed at C2C: Country to Country and has created a fair amount of buzz on this side of the pond.

Following the release of tracks ‘Blame’ and ‘Hell Is’, I caught up with Ryan to find out more about his upcoming album, discuss his plans to get back on the road and talk about his relationship with his UK fans…

How have you been during this crazy year or so with the pandemic?

It hasn’t been fun not being on the road but we’ve figured it out. We’re just writing as much as possible. We’ve done some Zoom concerts and I finally did my first in person concert recently, which was incredible. It was so much fun just to actually be in front of real people instead of a screen. We’ve been releasing music. I’ve released a couple tracks off my ‘Ontology’ album, and I’m starting to release the ‘Room to Dream’ album. I plan on getting on the road either late this year or early 2022.

With the additional time from the pandemic, have you found it easier to be creative?

Yes and no in ways. Yes, in the sense of I have more time to delve into the production and recording and getting the ideas right for the songs. No, as in I can’t test them out on the road and see if there is any resonance with fans and people that are coming to shows to listen. That’s one of my favourite things to be able to do, is try new songs out on the road and see what happens. Obviously we haven’t been able to do that. Playing it on a Zoom concert, you don’t actually get the true reaction of, ‘oh, this is actually working, or this one’s kind of fallen flat’. Through the screen, it’s pretty tough to read a person’s engagement.

That must be really hard as an artist because you thrive off that and you make decisions based off that. Have you had to trust your gut instincts?

Yeah, which is fun in its own sense. We’re just out on the limb, hoping that these songs can resonate.

‘Room to Dream’ has so much variety on this record and it really does showcase so many different sides of you. Was it important for you on this record to show every facet of what you can do?

Yeah, that was the whole idea behind the title and the purpose of the album. Before, I was being led towards what some folks thought I needed to do, and now I have the opportunity to just be me completely. There’s so many genres that I grew up listening to and love. This was the opportunity to meld all those together and have an underlying theme with ‘Room to Dream’, but still be able to reach my arms out and have the breadth of engaging different audiences, taking those genres and melding them into who I’m trying to be as an artist. That’s the idea behind the title, ‘Room to Dream’, I have the opportunity to do what I want to do, and I have the room to dream.

You’re releasing this album as an independent artist. Is that beneficial to you because you have so much more control over your music and your output than you would if you had a label involved?

At this point, absolutely. It’s my call 100%, for better or for worse, which is good and bad. I mean, it’s all on you but that gives it a little bit more excitement. You’re not sure what’s going to happen and there’s nobody affirming or telling you that’s a bad idea, which is…. fun, sometimes (laughs).

When did you do the majority of the writing for this record?

Some of these songs are 5-8 years old, and some of them are brand new. It was a case of sitting down and really figuring out what I wanted to fit on this album.I was delving through my catalogue and picking the songs that I felt mesh together with the idea of having the ‘Room to Dream’. It’s spread all across the timeline of my time in Nashville.

This album is geared towards being played live. Are you able to start plotting out live shows and regular touring at this point?

I’ve actually been talking to some friends over there about trying to do some co-headline stuff. That depends on if I’m able to come over, but I am planning on getting there as soon as possible.

You’ve been here a few times and the audiences have really embraced you. What’s your relationship been like with your UK fans?

It’s been awesome, especially on social media. It’s incredible because I remember the first time I ever came to the UK and played in Glasgow. It was my very first song and it was dead quiet afterwards for what felt like 10 minutes, but it was probably five seconds. They knew the song was over and then they clapped and gave the applause. It was just a different respect for whoever’s on stage. They’re truly listening and they’re truly engaged, and they don’t want to take away from your performance, because that’s what they’re enjoying. I love that. I remember coming off stage after that first show in Glasgow and going down to watch the person I was opening for, and somebody came up and talked to me and said, ‘hey, thanks for being here. Love your music’ and somebody walked and said, ‘oi, shut up, I’m trying to listen’. I was like, ‘I’m sorry!’ but I loved that. Whoever’s on stage, that’s what we’re here for and we’re listening and we’re respecting that person on stage. I love that.

We do seem to have that reputation over here and you know UK audiences will know every word to every song on this new record by the time you get here. We’re all about the deep cuts and really immersing ourselves in the music. Fans will know songs you’ve played once that ended up on YouTube…

Yeah, y’all know the deep cuts. You know the stuff that wasn’t released that I put out on an Instagram story or something. It’s the same way with Australia. Y’all just delve so deep into catalogues and you know it all, and that makes us so excited as musicians that we can play anything and everyone’s excited to hear those deep cuts.

Which songs on this record are you most excited to get out and play live?

I guess it depends on the point in the set. ‘Hell Is’ has always been one that I know is just a solid hitter. ‘Blame’ just because we can rock out and ‘Want’ as well, that’s just begging for a three minute solo. ‘Nothing But Time’, there’s always a point on some of my favourite albums, where you realise this tiny snippet of that track is the embodiment of the entire record. For James Taylor, the intro to ‘Copperline’, that was the embodiment of that entire record. This song, ‘Nothing But Time’ at the very end, we do the acapella chorus, and I feel like that’s the culmination of this album. It’s the final thing.

We’re gonna keep putting out songs on the ‘Ontology album’, which is the collaboration album. The whole idea behind that album wasn’t to have artists come sing on my songs, I wanted to tailor those songs towards the collaborator. The first one was with Sykamore and it’s a pop country track, and the second one, ‘Tired of Flying’, was with Brandy Clark and Jerry Douglas so it’s folk Americana. The most recent one on ‘Ontology ‘was ‘Keep Up’ with Robert Randolph, who’s an unbelievable slide guitar player so it’s super bluesy and rock. Whoever I’m having on that record, I want to tailor it towards their sound, and let it be a melding of both of our musical influences and what we sound like. We’ve got a couple in the pipeline, just trying to figure out production and make sure it’s right. Those will start to come out probably one at the end of this year and then a couple at the start of next year.

Advertisement. Scroll to continue reading.
In this article:Featured, Ryan Kinder