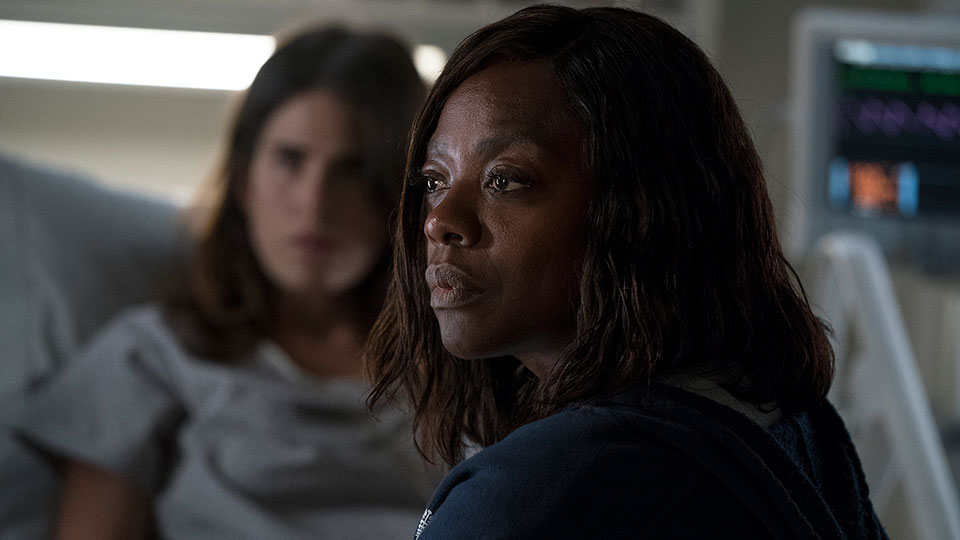 Laurel’s (Karla Souza) plan to expose Antares went horribly wrong on the latest episode of How to Get Away With Murder.

After getting a reluctant Connor (Jack Falahee) on board, Michaela (Aja Naomi King) agreed to steal Tegan’s (Amirah Vann) keycard and frame Simon (Behzad Dabu) for the theft. During the party at Caplan & Gold, Simon confessed to Oliver (Conrad Ricamora) that he was in the closet and in love with him.

Later he saw Michaela, Laurel and Asher (Matt McGorry) trying to escape with the hard drive from the server room and he found a gun in Laurel’s bag. When he confronted them, he slipped and accidentally shot himself in the head.

Asher was arrested for shooting Simon and Oliver was held back as a witness. Laurel managed to get away with the hard drive and she headed to Annalise’s (Viola Davis) hotel. As she almost reached Annalise’s, the lift got stuck and Laurel went into premature labour.

Annalise found her unconscious and managed to get the baby out of the lift and perform CPR as an ambulance arrived.

During surgery Simon went into cardiac arrest, leaving his life in the balance.

The next episode of the season is He’s Dead. A distraught Annalise finds herself in an unimaginable situation as Laurel and her baby’s lives hang in the balance.