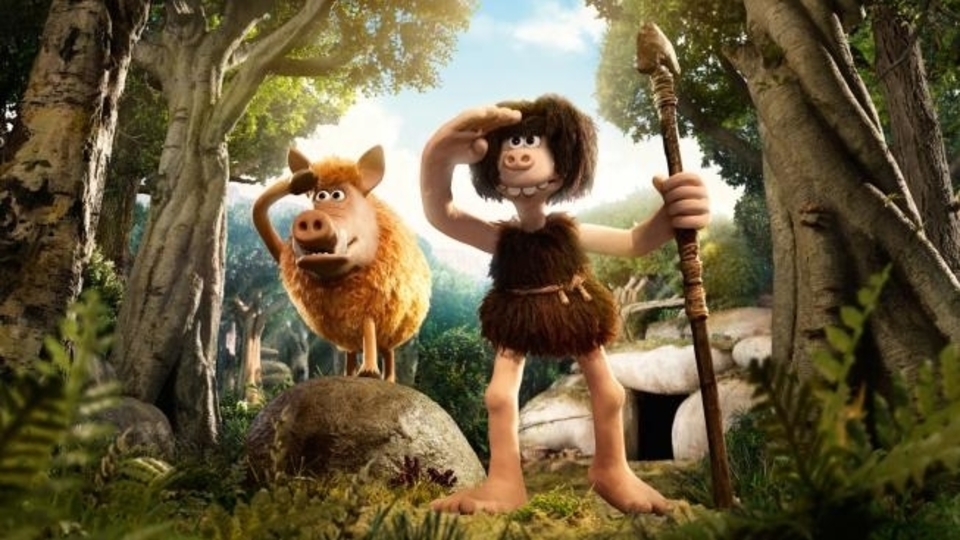 It’s been quite some time since Nick Park’s last outing. Aside from producing the Shaun The Sheep Movie in 2015, it’s been a whole decade in fact, since we were introduced to A Matter Of Loaf And Death. As such, there has been a pretty high level of anticipation for his latest movie which comes complete with new characters.

As you would expect, the film looks wonderful with a fabulous array of characters and prehistoric man certainly seems ripe for mocking. Park introduces us to Dug, his trusty pig Hognob and his tribe of Stone Age men who are just after the simple life until that the Bronze Agers gatecrash their party rather unceremoniously, courtesy of the dislikable Lord Nooth.

So far so good, but it is at this point that the unique and quirky magic of previous Aardman movies starts to go awry, because in order to save his home, Dug makes a bet with Lord Nooth that his ragtag bunch of misfits can beat Real Bronzio, Nooth’s top team, in a game of football.

Like all sports movies, Early Man then starts to follow convention with the only unknown being whether they will be plucky moral victors as in Escape To Victory, or underdog winners a la Dodgeball etc, which makes it seem a little tired and predictable.

Admittedly it is hard not to judge this against Park’s previous incredible work such as Wallace And Gromit’s Curse Of The Were-Rabbit and the other adventures, but somehow Early Man lacks the quirky originality and lovability of those previous movies. That said, Early Man is still utterly charming, with wonderful animation, some great jokes especially concerning a zebra, as well as some tremendous vocal work from Tom Hiddleston (Thor: Ragnarok) in particular, as well as Eddie Redmayne (Fantastic Beasts and Where to Find Them).