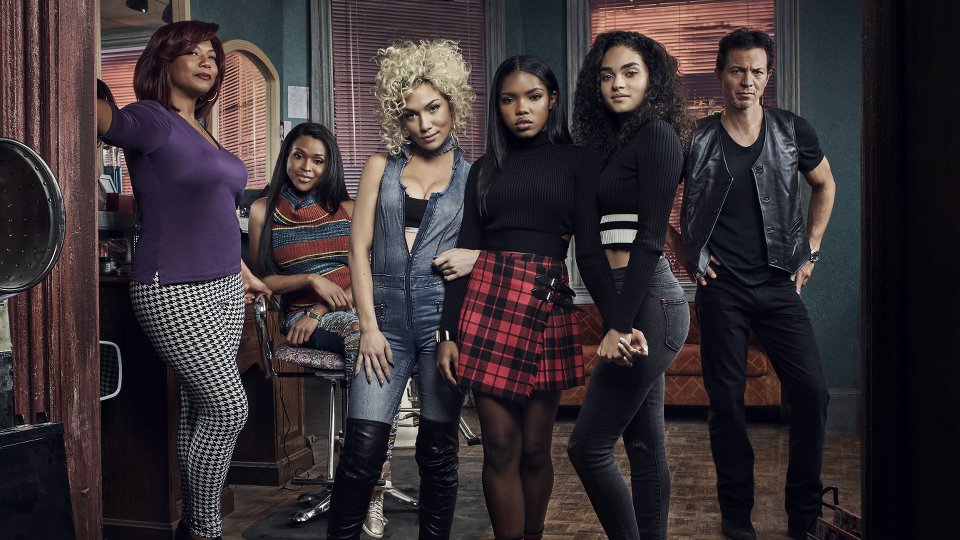 Star makes its UK debut on 5STAR tomorrow night and we’ve got three exclusive clips for you.

In the Pilot episode Star tracks down her sister Simone before they meet up with their friend Alexandra and travel to Atlanta. Once there they connect with Star’s godmother Carlotta (Queen Latifah) and catch the eye of washed-up music producer Jahil (Benjamin Bratt).

Carlotta warns Jahil away from the girls

The girls notice something suspicious on Simone’s shirt

The girls get a humiliating introduction to the stage