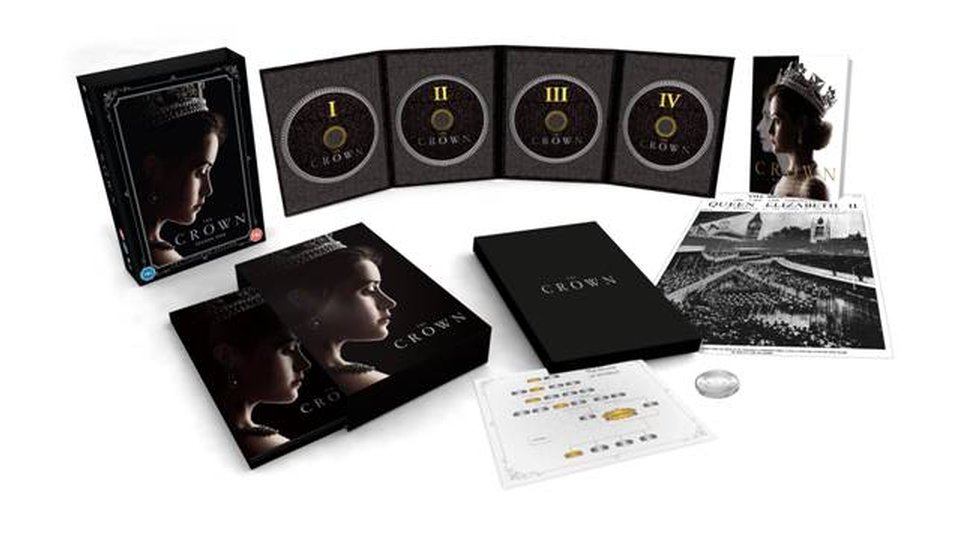 Peter Morgan’s hit Netflix series The Crown is coming to Blu-ray and DVD on 16th October 2017.

The Crown focuses on Queen Elizabeth II as a 25-year-old newlywed faced with the daunting prospect of leading the world’s most famous monarchy while forging a relationship with legendary Prime Minister, Sir Winston Churchill. The British Empire is in decline, the political world is in disarray, and a young woman takes the throne…a new era is dawning. Peter Morgan’s masterfully researched scripts reveal the Queen’s private journey behind the public facade with daring frankness. Prepare to be welcomed into the coveted world of power and privilege and behind locked doors in Westminster and Buckingham Palace…the leaders of an empire await.

The Crown: Season One Blu-ray and DVD will include a full gallery of unit photography. It will also be available on Blu-ray and DVD as a Platinum Edition Box Set which is presented in premium packaging and includes a reproduction of an article from The Times from the day of the Queen’s Coronation, 2nd June 1953, along with a House of Windsor family tree art card, an exclusive collector’s coin and the first chapter of The Crown: The Inside History by Robert Lacey.