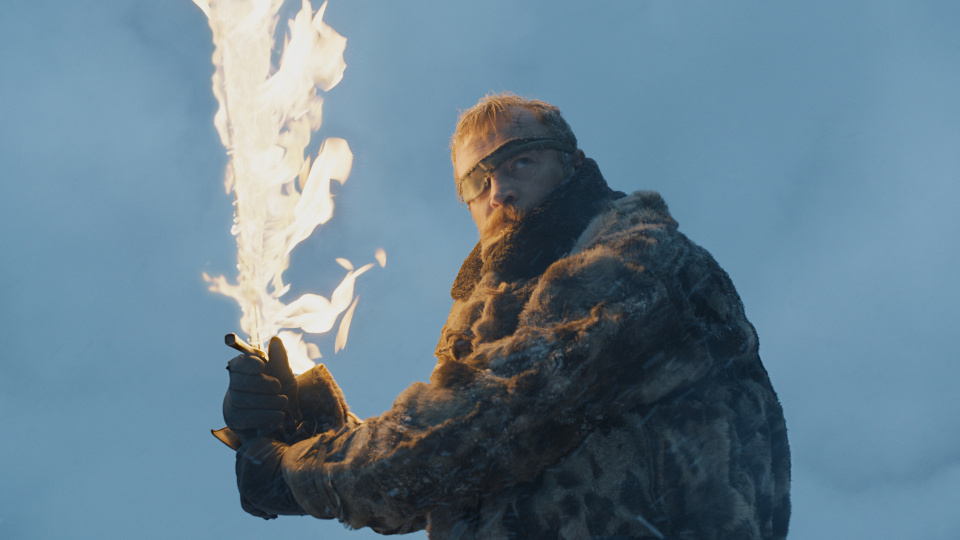 Following on from Game of Thrones 7×05 Eastwatch we have the official preview images from 7×06 Beyond the Wall and we can’t wait!

The sixth episode is written by showrunners David Benioff & D. B. Weiss with Alan Taylor back in the director’s chair for the first time since season two. The episode is titled Beyond the Wall but the synopsis is yet to be revealed.

Check out a selection of official images from 7×06 Beyond the Wall in our gallery:

The new images give little new information away about the episode. The bulk of the images show Jon Snow (Kit Harington), Tormund (Kristofer Hivju) Jorah (Iain Glen), Gendry (Joe Dempsie), Beric Dondarrion (Richard Dormer) and Thoros of Myr (Paul Kaye) off on their mission beyond the Wall to capture one of the dead. For some reason the Hound (Rory McCann) doesn’t feature.

The episode is set to spend some time at Winterfall and Dragonstone as well. There are images showing Sansa (Sophie Turner) talking with Arya (Maisie Williams) and Brienne (Gwendoline Christie). We presume they will be trying to decide what to do with Littlefinger (Aiden Gillen) and wonder who is playing who?

Meanwhile Daenerys (Emilia Clarke) is nervously waiting with Tyrion (Peter Dinklage) for news about Jon’s mission. There’s a great shot of Dany and Tyrion off to see the dragons Viserion and Rhaegal. Wouldn’t it be great if the pair of them flew out to help Jon?

To see our analysis of the episode 6 trailer read our Game of Thrones 7×06 Beyond the Wall preview. We’ll have a recap of the episode after it has aired as well as a preview of the season finale.

Watch the official preview trailer from HBO for Game of Thrones 7×06 Beyond the Wall below:

Let us know your predictions and expectations for episode 6 in the comments below.