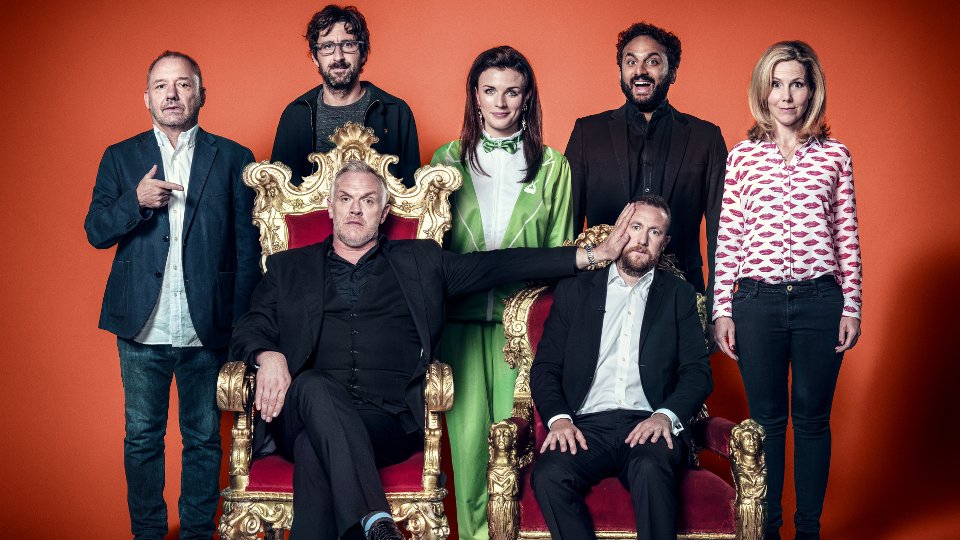 Taskmaster will return to Dave on Wednesday 13th September 2017 for a fifth series.

Starring Greg Davies and Alex Horne lead the comedy series and they will be joined this series by Aisling Bea, Bob Mortimer, Mark Watson, Nish Kumar and Sally Phillips.

The new series will see Greg set a multitude of bewildering new assignments with the capacity to inspire both rank incompetence and utter genius from the five comics fighting for his love and admiration.

Seals will be broken, tasks will be read and unpredictable actions will then occur as the five comedians grapple with problems involving cuddles, candles and coconuts. Could you paint a rainbow in total darkness? Create a watercooler moment using a watercooler? Make Marmite? Yes? No? These fearless competitors both can and can’t too.

The new eight-part series will air on Dave from Wednesday 13th September 2017 at 9pm. Episode one will be available from Tuesday 5th September on UKTV Play.