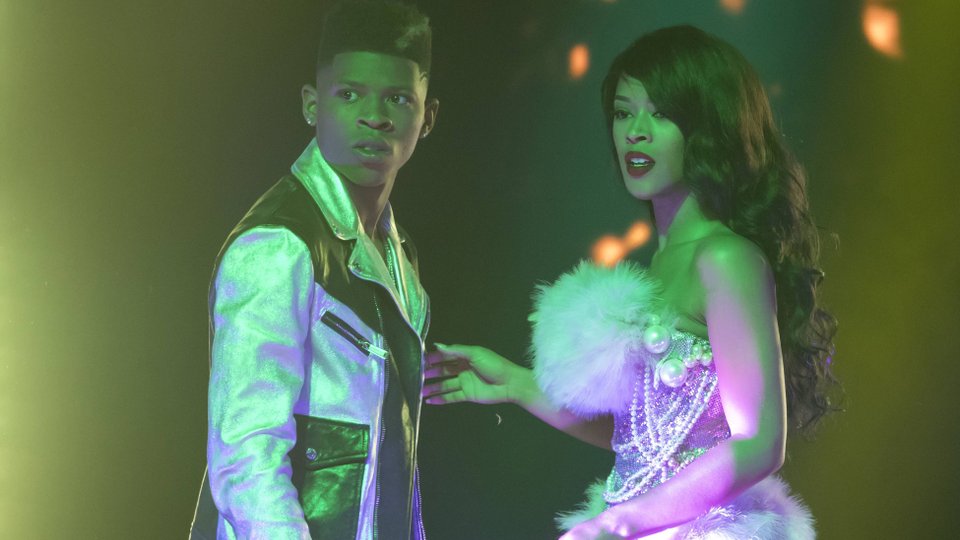 Anika (Grace Byers) realised that her troubles weren’t behind her on the latest episode of Empire.

Following the shock news that she was Head of A&R again at Empire, Anika looked set to be back on the road to power but that came crashing down when Tariq (Morocco Omari) teamed up with Leah (Leslie Uggams) and forced her to leave town. Before she went, Anika dropped her baby off with Hakeem (Bryshere Y. Gray).

Meanwhile Cookie (Taraji P. Henson) recovered from her meltdown at the Empire offices and tried to distract herself from the kiss with Lucious (Terrence Howard) by spending time with Angelo (Taye Diggs).

The next episode of the season is Strange Bedfellows. Angelo becomes concerned that Cookie’s past could hurt his bid to become mayor, while Hakeem’s birthday party takes an unexpected turn.

Tune in to E4 HD at 10pm on Monday to see the episode. Preview it with our gallery and the promo below: