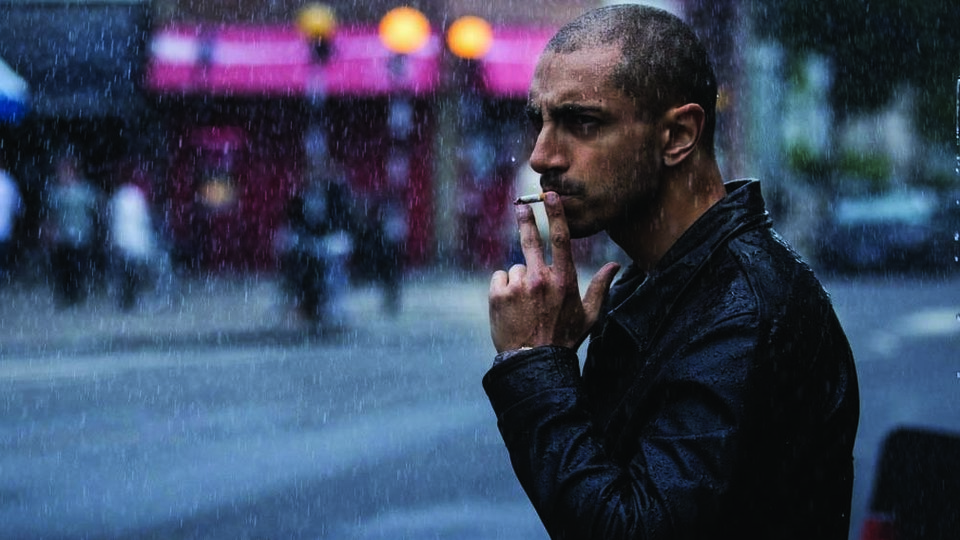 Riz Ahmed shines in director Pete Travis’ neon-drenched noir that keeps the viewer guessing throughout. A real throwback to classic detective stories from the past, City of Tiny Lights works as a homage to a bygone era of TV detectives (like Shoestring), whilst having undeniable big-screen appeal. It also makes London a true cinematic star. This is an accurate, believable London too, with urban beauty at the forefront of both Pete Travis’ impressive directorial vision and Patrick Neate’s clever and concise screenplay.

Ahmed plays Tommy Akhtar, a likable local lad and private investigator who also spends his time caring for his cancer-stricken father (Roshan Seth). Hired by a prostitute to investigate the disappearance of one of her friends, Tommy uncovers a series of grisly findings linked to drugs, politics and religious extremism. Shelley (Billie Piper), a beguiling face from his past also stirs up high emotions for Tommy as he looks to solve the case at hand.

The film works so well thanks to Riz Ahmed’s electric performance. Carrying the entire weight of this film very comfortably on his shoulders, Ahmed is a delight to watch from start to finish. He gives us a great character to champion and balances the role with pitch-perfect comedy and fallibility. Ahmed hands in his best performance to date, and that’s saying something given his impressive CV of late. His rapport with a local informant, for instance, is one of the best character exchanges you’ll see all year – hilarious and engaging. It showcases Ahmed’s versatility as an actor and marks him out as a genuine box-office draw.

The supporting cast are all excellent too, especially Billie Piper as a painful but seductive face from Tommy’s past. Their chemistry is palpable and handled exceptionally well by Piper and Ahmed, allowing each character to really shine through in their difficult but fascinating situation. A sensational up-and-comer named Hannah Rae also deserves huge praise for her role as Emma, Shelley’s daughter. She also plays the younger version of Shelley in crucial flashbacks during the story – scenes that drip-feed us vital information on how Tommy and Shelley ended up where they are today. Roshan Seth hands in a scene-stealing turn as Tommy’s dad, who revels in making life-analogies through the game of cricket and Cush Jumbo is sublime as Melody.

Clever, witty and exceptionally well played by the entire cast, City of Tiny Lights is a rare gem of a film that delights throughout and delivers a stylish glimpse of London that’s not often seen onscreen. Riz Ahmed is the trump card though, with the talented actor really delivering a character of true substance and enjoyment. I would love to see Ahmed revisit Tommy Akhtar again in the future – this could be a delightfully welcome franchise to have, and one that’s unmistakably British.