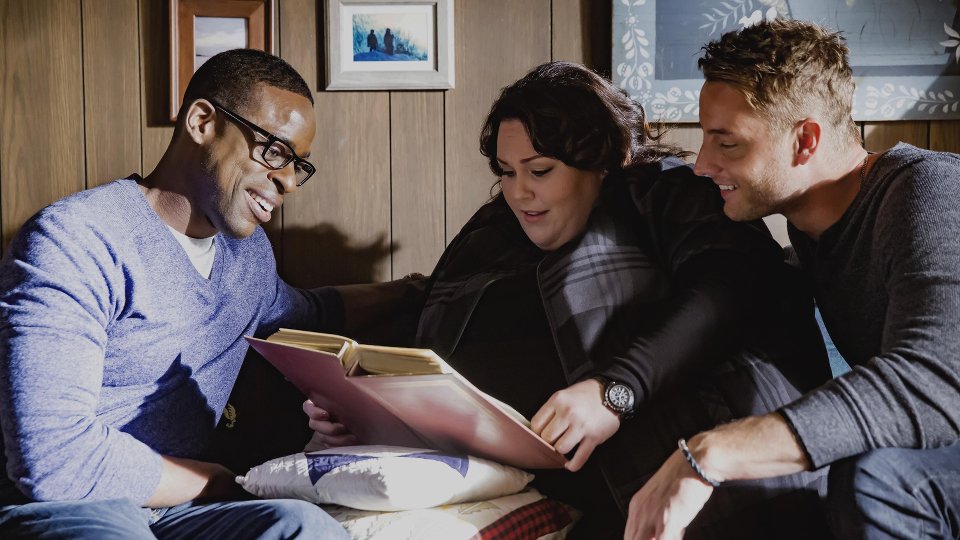 This Is Us’ first season has come to an end on both sides of the Atlantic and we’re safe in the knowledge that the show has been renewed for another two seasons.

If you haven’t seen the first season of This Is Us and want to avoid spoilers, we suggest you stop reading now. If you have seen it and want to hear our thoughts on the next season, keep reading.

The buzz surrounding This Is Us was deafening before the show even premiered and over the course of its 18-week run, the show has built a huge audience and plenty of critical acclaim. Every episode has required fans to reach for a box of tissues as the real life drama frequently got a little too real.

This Is Us tells the story of Jack (Milo Ventimiglia) and Rebecca (Mandy Moore) Pearson from their courtship through to marriage and kids, and ultimately for Jack death (although we don’t know how he died yet). In the show’s second narrative the story of Jack and Rebecca’s children Kevin (Justin Hartley), Randall (Sterling K. Brown) and Kate (Chrissy Metz) is told, now that they are all adults and trying to navigate their way through life.

Rebecca appears in both narratives and an incredible performance from Mandy Moore makes the whole thing surprisingly believable. After a while we didn’t even notice Mandy was aged with make-up – she’s that good!

Pivotal events in the first season included Randall finding his birth father William (Ron Cephas Jones) and having to go through the pain of losing him to cancer. Kate entered into a romance with Toby (Chris Sullivan) that challenged her as she tried to shed weight and saw her attend, and get kicked out of, a fat camp. Kevin quit his hit TV show and attempted to be taken seriously as an actor by accepting a role on Broadway but his womanising ways jeopardised his ultimate goal, as did the realisation that he was still in love with his ex-wife Sophie (Alexandra Breckenridge).

In the past narrative, Jack and Rebecca’s relationship was explored from every aspect and the season finale saw the two decided to take a break after Jack’s drinking and jealousy over Rebecca’s desire to pursue her career resulted in a very ugly confrontation.

The show gave us plenty of answers over the course of its first season but it left plenty of things up in the air too. I’ve put together the Top 10 things I want to see when the show returns later this year:

1. The explanation of Jack’s death. All we know is that Kate blamed herself for what happened and she finds it impossible to talk about. I’m hoping this is one of the big reveals during the show’s second season and I’m slightly worried they may hold it back until later seasons in order to keep Milo Ventimiglia around.

2. Exploration of Rebecca and Miguel’s (Jon Huertas) relationship. I gasped when it was revealed that Rebecca was married to Miguel in the present storyline and by the end of the season we weren’t any wiser as to how she ended up with Jack’s best friend. Not all of her children are happy about the marriage and there’s plenty there to explore.

3. Some way to keep William around. Obviously I know he died during the first season but the character was so good and Ron Cephas Jones gave an incredible performance. There could be more to explore in terms of Rebecca’s secret relationship with William or other stories to tell from his life.

4. Randall to find his true purpose. After he quit his job (I still can’t quite remember what it was he did!), Randall told Beth (Susan Kelechi Watson) that he wanted to adopt a baby. I can understand his reasons for wanting to do so but I’m not entirely sure that Beth is on board given the way they both reacted to the pregnancy scare earlier in the series. Maybe when he has a little time to process the loss of William, Randall can properly get back on his feet and find a career that satisfies him.

5. Kate to achieve her goals. The on-going storyline about Kate’s weight will continue but I’m more interested in her desire to sing. Following in the footsteps of her mother, Kate has already showcased her singing talent and I’m excited to see if she can achieve what her mother never managed to.

6. Kevin to stop being so self-destructive. He’s the Pearson child with the biggest tendency to ruin a good thing whether it is his womanising ways or being scared to fully embrace his talent. Kevin proved himself as a good actor and caught the eye of Ron Howard. I’m just hoping that’s not at the expense of his rekindled relationship with Sophie.

7. Plenty more Toby. Is it just me or is Toby one of the best characters in the show? I love how he’s brought a different side out of Kate and he brings much-needed comic relief. Kate and Toby are total end goals and I can’t wait to see what twists and turns their relationship takes in the next season.

8. More singing from Mandy Moore. I’d forgotten how much I loved Mandy’s voice and I’m glad she’s still getting to showcase her remarkable talent through Rebecca. It looked like Rebecca’s singing days were over at the end of the first season but surely there has to be more reasons to get her to sing again?

9. Scenes with Kate and Randall. The two were barely on screen together during the first season, in large part due to the fact they live in different states. We’ve seen Kate and Kevin’s relationship, and the show has explored Kevin and Randall’s rocky relationship too but we don’t know all that much about Kate and Randall.

10. Present day Rebecca to interact more with Kevin and Kate. A little like the last point, Rebecca really only had screentime one-on-one with Randall (with the exception of that visit to a clinic with Kate). Kate admitted she and her mother had drifted but we don’t really know why. Similarly the show hasn’t told us all that much about Kevin’s relationship with his mother either.

This Is Us is expected to return to NBC in the US and Channel 4 in the UK later this year for a second season.