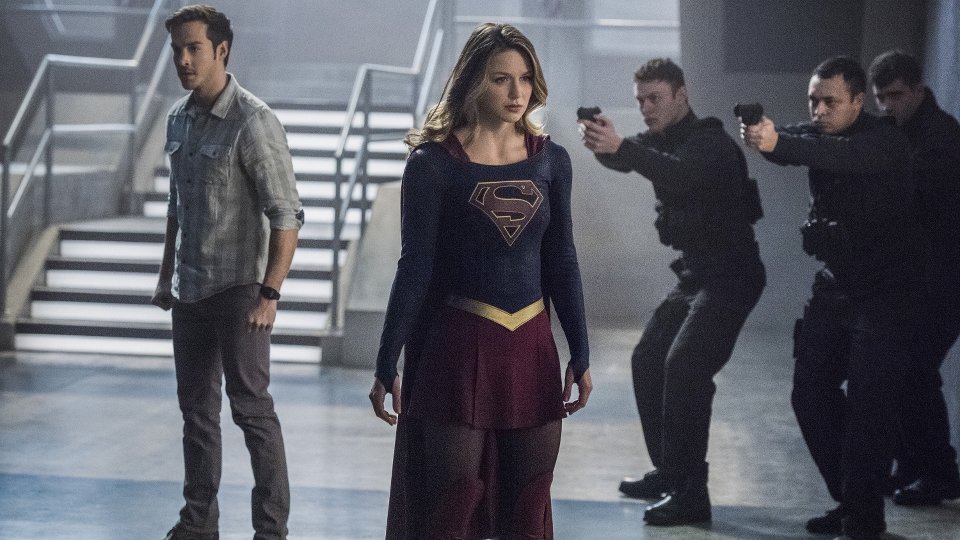 Cadmus started abducting aliens after Jeremiah (Dean Cain) gave them the Alien Register on the latest episode of Supergirl.

Kara (Melissa Benoist) attempted to publish an article to warn aliens but Snapper (Ian Gomez) shot it down. Determined to get the information into the public domain, Kara set up her own blog and published it, which resulted in her losing her job at CatCo.

Meanwhile Alex (Chyler Leigh) became obsessed with her father’s whreabouts and was suspended by J’onn (David Harewood). Maggie (Floriana Lima) encouraged her to find Jeremiah and the two teamed up to locate Cadmus.

Kara appealed to Lena (Katie McGrath) for help and she found the location of Lillian’s (Brenda Strong) operations. Supergirl stepped in to save Lena when she was attacked by Lillian’s men and saved her life.

Alex found her way into the Cadmus site and found out that they were planning to deport the aliens to another planet, one of which was Winn’s (Jeremy Jordan) girlfriend Lyra (Tamzin Merchant). She tried to stop the ship from the inside and Supergirl helped stop it exit the atmosphere.

Elsewhere the Daxamites arrived and Alex was reinstated by J’onn.

The next episode of the season is Star-Crossed. A new villain comes to National City, putting Supergirl on high alert. Meanwhile, Winn’s girlfriend, Lyra, gets him in trouble with the law. Maggie attempts to help Winn but old loyalties get in the way. The Music Meister (Darren Criss) attacks Supergirl.

Tune in to Sky 1 HD at 8pm on Tuesday 28th March 2017 to see the episode. Preview it with our gallery and the promo below: