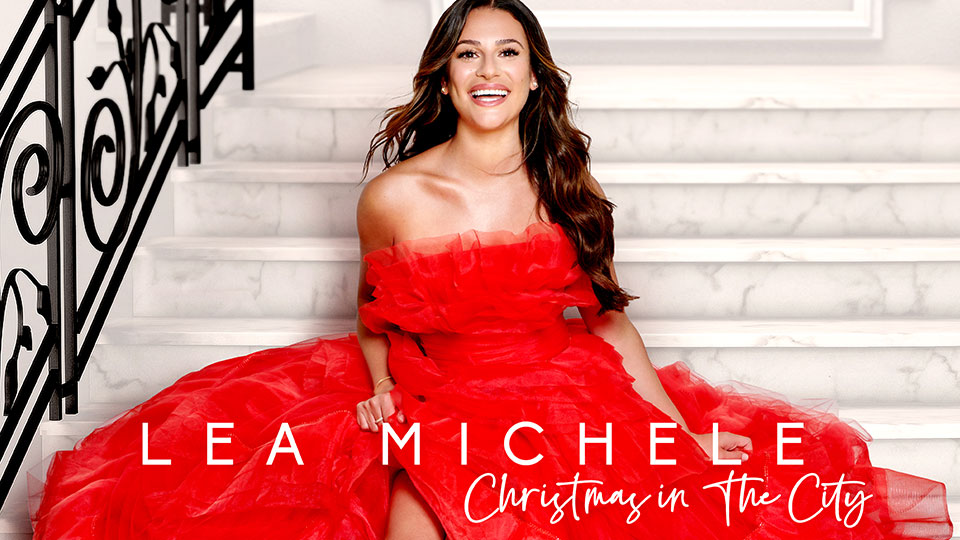 Lea Michele is best-known for playing the role of Rachel Berry in the hit musical comedy Glee. That show launched her globally as an actress and a singer, and led to a record deal with Columbia who released her first two albums Louder (2014) and Places (2017). An accomplished Broadway star, Michele has always straddled the worlds of theatre and pop which has made her efforts to launch as a recording artist mixed. Louder was a moderate hit but follow-up Places under-performed and charted disappointingly. Two and a half years on from that album, Michele has released her first seasonal record Christmas in the City through Sony.

Christmas in the City is a collection of 10 festive favourites along with one original track, Christmas in New York. The album reunites Michele with Peer Astrom and Adam Anders, who were responsible for the music on Glee. The album opens with the bombastic It’s the Most Wonderful Time of the Year and it establishes what kind of Christmas album this going to be. Michele has gone from an old-school sound that throws back to the greats rather than going the route of many singers by trying to modernise them. The classic arrangement suits Michele’s powerful voice and it’s a strong start to the record.

Have Yourself a Merry Little Christmas continues the luscious instrumentation and it immediately transports you to a wintery night sat by the fire sipping a glass of mulled wine. It’s nice to hear Michele singing in a more restrained way as she spent much of her time on Glee singing at full belt. The song does build and that huge voice shows itself but it’s refreshing to be able to take a little time to get there. Original track Christmas in New York is beautiful love letter to the world’s most vibrant city at its favourite time of year. The track fits nicely in the tracklist and you could imagine it being part of a musical.

I’ll Be Home For Christmas marks the first of three collaborations on the record. Jonathan Groff, Michele’s long-time friend and Spring Awakening and Glee co-star, lends his voice to the Hawaiian-sounding take on the holiday classic. The two singers always have chemistry and there’s no lack of it on this sumptuous song. Another Glee star, Darren Criss, pops up on the contemplative White Christmas while stage and screen star Cynthia Erivo lends her powerful voice to Angels We Have Heard on High.

Elsewhere on the record Michele covers the Frozen favourite Do You Want To Build a Snowman? and increases the tempo on the perky Rockin’ Around the Christmas Tree. The most beautiful moments come on the restrained interpretation of Silent Night, which shows off a more angelic side to Michele’s voice, and album closer O Holy Night, which Michele does an admirable version of.

There is little in the way of surprises here but there’s no doubt that Christmas in the City is a classy record that feels authentic to Michele’s talents. Her voice can sing pretty much everything and in a more classic setting it shines the brightest. Fans will lap it up and she may even pick up the seasonal audience thanks to her considered takes on these wonderful songs.