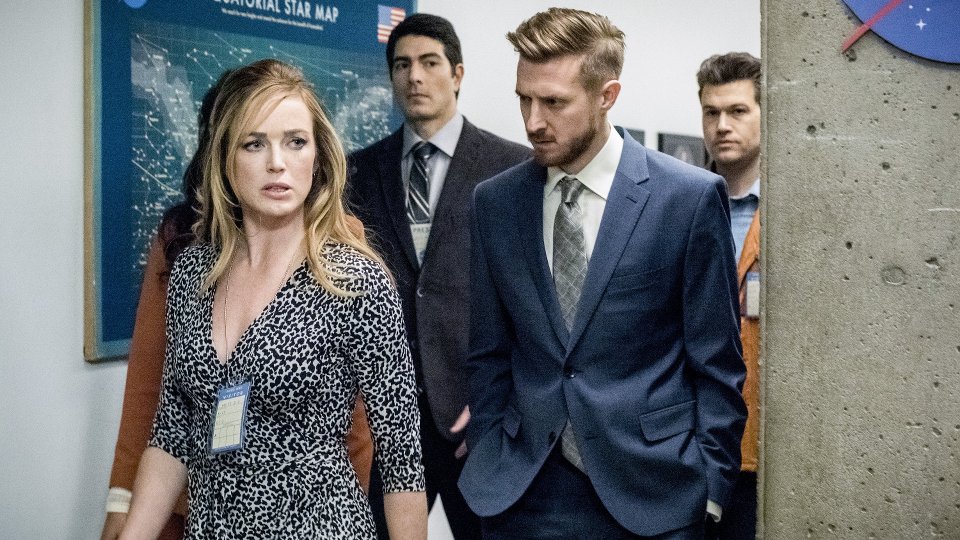 The Legends fought to get Rip (Arthur Darvill) back to his old self on the latest episode of DC’s Legends of Tomorrow.

Realising that Gideon (Amy Pemberton) would still obey his orders, Rip forced her to crash the Waverider. The Legends found themselves in the Cretaceous period and Gideon informed them that they had to recover part of the ship before they could repair it and move on.

Ray (Brandon Routh), Amaya (Maisie Richardson-Sellers) and Nate (Nick Zano) went to locate it while Sara (Caity Lotz) and Jax (Franz Drameh) entered Rip’s mind to try and bring him back. Ray revisited the place he took shelter when the Legends were previously stranded in time and he found the missing part of the ship.

Sara and Jax encountered evil versions of the Legends in Rip’s mind and met Gideon in human form. Teaming up with the Waverider’s AI, Sara and Jax managed to reverse the Legion of Doom’s brainwashing and bring Rip back.

Elsewhere in the episode Ray warned Nate not to fall in love with Amaya, Rip returned to the Legends team and told them he knew where Commander Steel and the last part of the Spear of Destiny were, and Eobard Thawne (Matt Letscher) was seen in 1970 interfering in the Apollo 13 mission.

The next episode of the season is Moonshot. Ray is left stranded when a mission to intercept Apollo 13 goes wrong. Plus, the Legends learn the location of the last shard of the Spear of Destiny.