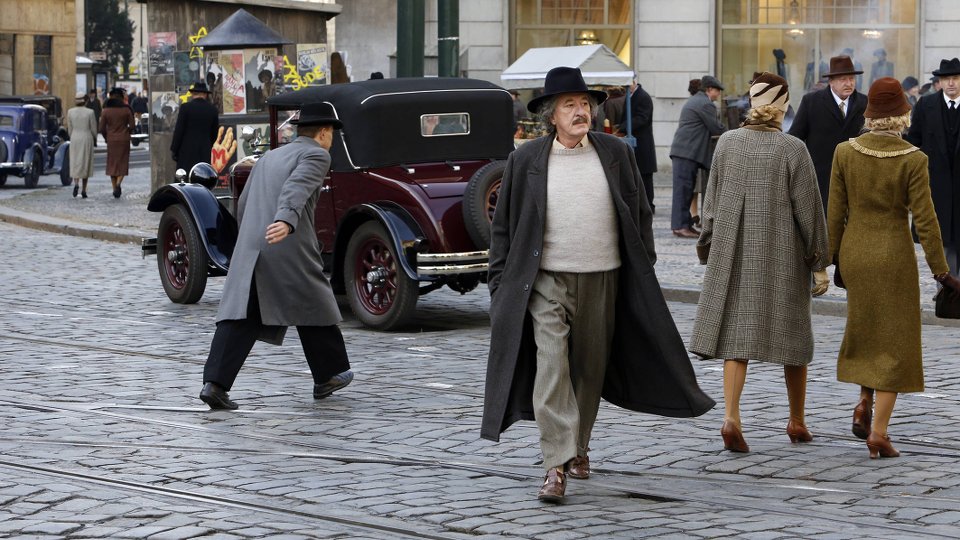 National Geographic will debut its first ever scripted series Genius in April.

The cast is led by Geoffrey Rush (The King’s Speech) as Einstein and also includes Johnny Flynn (Lovesick) as Albert in the years before he rose to international acclaim and Emily Watson (Theory of Everything) as his second wife — and first cousin — Elsa Einstein.

Genius tracks Einstein’s rise from humble origins as an imaginative, rebellious thinker, through his struggles to be recognised by the establishment, to his global celebrity status as the man who unlocked the mysteries of the cosmos with his theory of relativity.

Delving deeper, the series follows Einstein’s alternately exhilarating emotions and heartlessness in dealing with his closest personal relationships, including his children, his two wives and the various women with whom he cheats on them.

The series comes from Fox 21 Television Studios (The People V. OJ Simpson: American Crime Story) and was filmed in Prague, Czech Republic, where Einstein lived and taught early in his career.

Watch the trailer for Genius below: