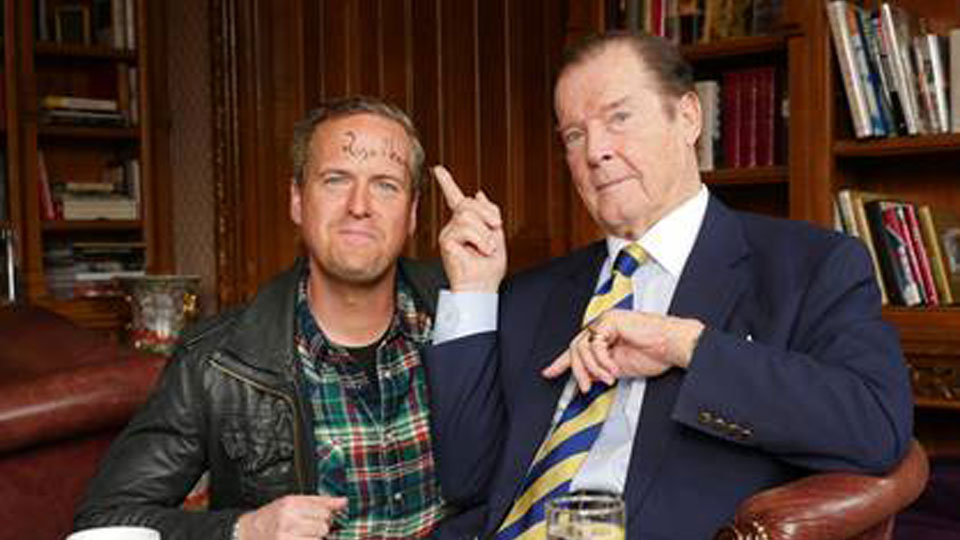 Presented by Tim Shaw and Fuzz Townsend, Car S.O.S is back for a fourth season, and they have Moore… Sir Roger Moore… guest-starring in the first episode.

For those unfamiliar with the Car S.O.S format, each week master mechanic Fuzz Townshend and parts-blagging petrol head Tim Shaw set off on a mission to save a decaying classic car for a deserving owner. The car is taken to the Car SOS garage and carefully restored to its former glory, leading to the big, surprise reveal!

The first episode of the season, Car SOS ‘Volvo P1800’, will guest star Sir Roger Moore. Tim and Fuzz are off to Croydon to rescue a star car that has been wallowing in its own garage for over 30 years: a 1964 Volvo P1800s. It was one of the most stylish cars to come off any production line ever and was synonymous with the cult 60s TV series ‘The Saint’ in which Sir Roger Moore starred. When it’s owner Peter was struck down with a major stroke last year his plans to get his beloved P1800 back on the road became a distant dream, and that is when his family put out the Car S.O.S call. When Tim and Fuzz arrive they discover that the car is little more than a rusty shell and it quickly becomes the biggest job the boys have taken on to date. Tim however still finds time to go on a wild goose chase to try and get Sir Roger Moore, ‘the Saint’ himself, to bless the car in time for it to be returned at the Classic Motor show at the NE , giving its owner the surprise of his life. Will this mammoth project get finished in time? Find out only on Car S.O.S.