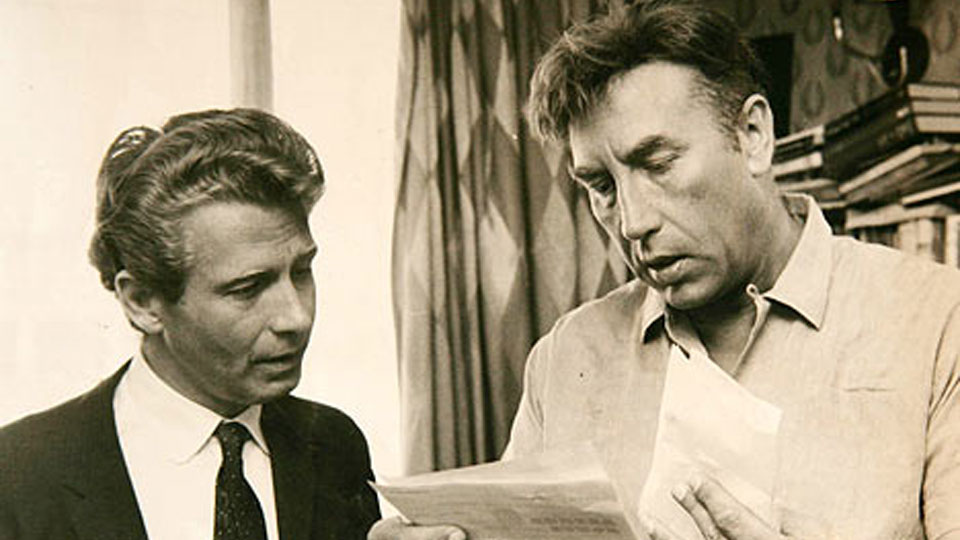 March 6th, 2017 marks the centenary of the birth of a comedy legend: Frankie Howerd, who was and still is “one of Britain’s best-loved comedians”. A radical, whose courage and innovation as a performer have too often been obscured by cosy nostalgia, he was the first stand-up to dispense with conventional punchlines and slick patter, instead crafting stumbling, surreal streams of insecurity, based on his sense of inadequacy, disappointment and sheer unsuitability to the very job of being a comedian. In his refusal to ‘do’ comedy like everyone else had done, he paved the way for other non-conformists like The Goons, Monty Python and Eddie Izzard.

Set in the living room of Wavering Down, the Somerset home of Howerd and Dennis Heymer, Howerd’s End, is a punchy, passionate, revealing two-handed drama. It explores through a series of flashbacks the development of Howerd’s style of comedy – from his first appearance on the BBC radio programme Variety Bandbox in 1947 to his final performances in the 1990s when he had a reinvention as a cult godfather of stand up.

The play also shines an unflinching spotlight on the clandestine union which made Frankie’s big dipper of a career possible: his extraordinary 35-year relationship with his lover, Heymer, a wine waiter Frankie met in 1958 at the Dorchester Hotel while dining with Sir John Mills. Howerd was 40 and Heymer was 28. He would go on to become Howerd’s manager and anchor, but his existence was strictly guarded from the public, not least because for many years the relationship was illegal (acts between consenting males being illegal in England and Wales until 1967) and the couple feared blackmail if anyone beyond their immediate circle found out.

Howerd’s End also shows the other cost of fame – Howerd’s neurosis, his unfaithfulness and use of LSD that pushed his career and relationship to the brink of destruction. It also highlights Heymer’s struggle: seemingly content with coming second, yet yearning to hear how much he was appreciated, and wondering if the love into which he had deeply fallen was, in truth, unrequited. More than simply a tribute show about a comedian who outlasted them all (although we do get to relive some of Frankie’s classic routines), Howerd’s End is also a piercingly honest love story about a relationship that tried to defy every odd – including death. Above all, the play confronts every human’s toughest challenge: letting go.

Howerd’s End will gets its world premiere at Greenwich Theatre on Tuesday September 12 and run for 2 weeks. Tickets available from: www.greenwichtheatre.org.uk.

This will be followed by a short UK tour (dates to be announced).