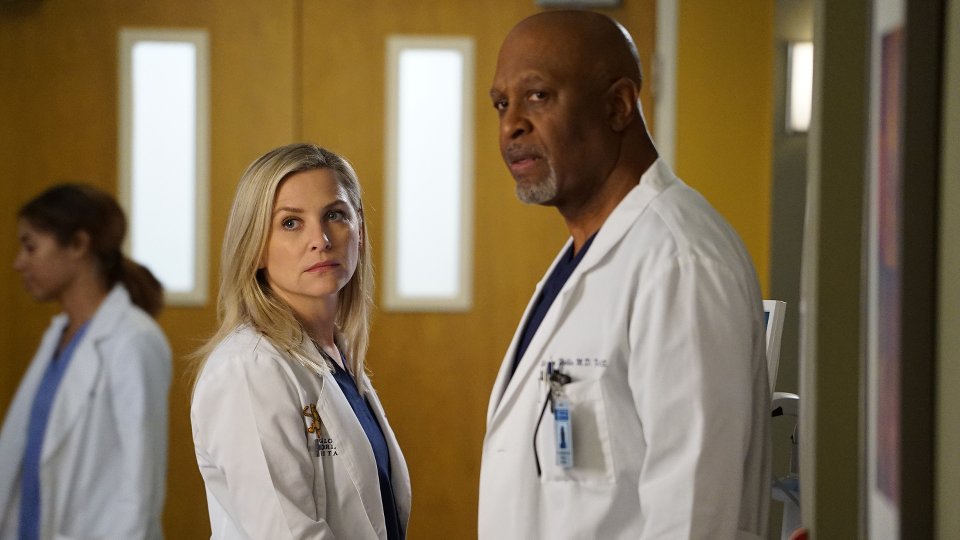 Dr. Eliza Minnick (Marika Dominczyk) implemented the second phase of her teaching plan on the latest episode of Grey’s Anatomy and it went anything but smooth.

Steph (Jerrika Hinton) was one of the residents chosen to lead a surgery from start to finish. She took on the case of a 9-year-old boy but despite her excitement and preparation, things went wrong during the surgery and the patient died. Steph struggled with the loss as did Minnick who had never lost a patient before.

Any angry Arizona (Jessica Capshaw) had words with Minnick about her lack of support for Steph while Webber (James Pickens Jr.) stepped in to help the resident deal with delivering bad news.

Elsewhere in the episode April (Sarah Drew) stepped in as interim Head of General Surgery and was given the cold shoulder by everyone including Maggie (Kelly McCreary) who made it difficult for them to work on a case together.

The next episode of the season is Back Where You Belong. Alex learns a lot has changed at the hospital since he left; Jo has to make a tough decision on a case; Arizona tries to keep her distance from Eliza.