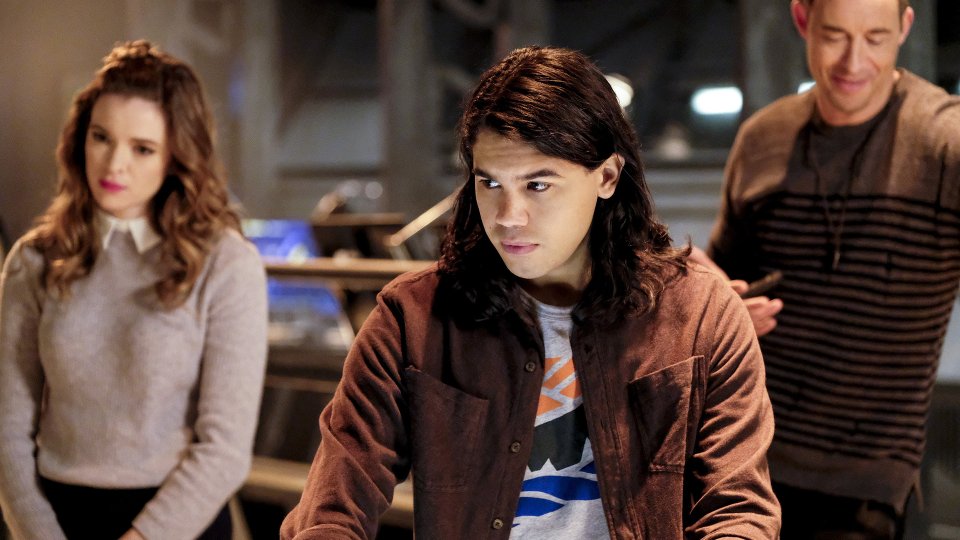 Gypsy (Jessica Camacho) returned to Earth-1 bringing Grodd and his army with her on the latest episode of The Flash.

After ambushing Cisco (Carlos Valdes) and Barry (Grant Gustin), Gypsy was knocked out and contained in S.T.A.R. Labs. Gypsy claimed she didn’t know where she was and told Cisco that she was in pursuit of a fugitive.

Cisco used his powers to determine that Grodd was planning on attacked Central City. That turned out to be a distraction while Grodd abducted an Army general. Frustrated, Barry decided he wanted to kill Grodd so he could stop him forever but was talked out of it by Harry (Tom Cavanagh).

Grodd took control of the General in an attempt to launch a nuclear missile strike on the city. Barry prevented the attack leading Grodd and his army to invade the city. Cisco appealed to Gypsy for help and they brought Solovar to Earth-1 to defeat Grodd and take back leadership.

All of the gorillas returned to Earth-2 except Grodd who was turned over to A.R.G.U.S.

The next episode of the season is The Wrath of Savitar. While training with Barry, Wally starts to have visions of Savitar, which he hides from the team.

Tune in to Sky 1 HD at 9pm to see the episode. Preview it with our gallery below: