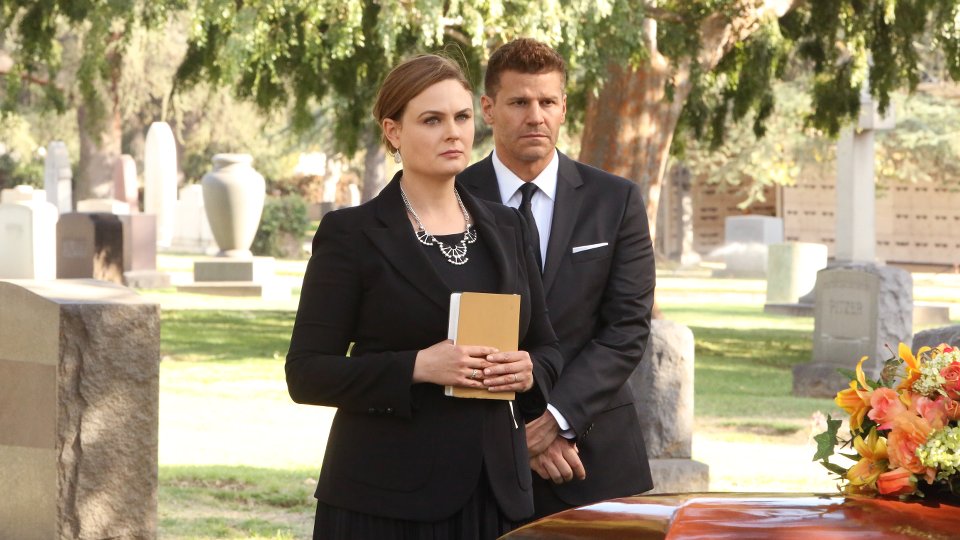 Booth’s (David Boreanaz) safety was under threat when more deaths connected to his past in the military occurred on the latest episode of Bones.

Placing their kids into a safehouse along with Brennan’s (Emily Deschanel) father Max (Ryan O’Neal), Booth and Brennan tried to find out who was out for revenge. Prior to putting her father in a safehouse, Brennan found out he’d had a pacemaker fitted due to his ailing health and was annoyed that he hadn’t told her.

Booth discovered that the person who was after him was the son of the man he killed.

The safehouse was attacked and Max was shot. After his surgery, Max talked with Brennan and then things turn when complications led to his shocking death.

The next episode of the season is The Grief and the Girl. A recent loss creates a rift between Booth and Brennan, while an old flame from Bones’ past pays her a visit.