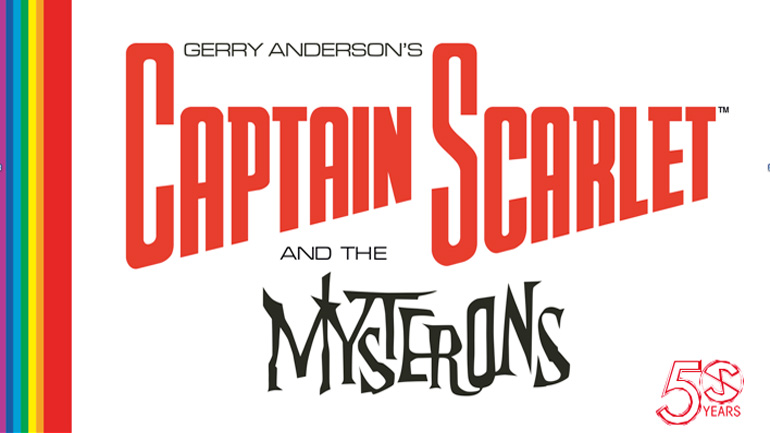 The collectors’ limited edition package features five digitally remastered stories from 1967, produced exclusively for audio. The episodes, written by Angus P Allan and Richard O’Neill, feature the full cast from the original series and have previously only been available through vintage vinyl recordings. These are coupled with eight classic television episodes in radio drama format, featuring special linking narration by Ed Bishop who voiced Captain Blue in the TV series.

At the centre of the package is a brand new hour-long audio documentary examining the history of Captain Scarlet and the Mysterons, with contributions from cast and crew. The documentary is directed and produced by Jamie Anderson, son of the legendary television and film maker behind the original puppet series. An additional soundtrack album also provides a comprehensive collection of music from the series, as scored and conducted by Barry Gray.

Arguably the jewel of the crown of the Supermariontion productions, the Captain Scarlet and the Mysterons 50th Anniversary Boxed Set promises to be an essential purchase for fans of Gerry Anderson and Sixties science fiction.

Captain Scarlet and the Mysterons 50th Anniversary Boxed Set can be pre-ordered now for £35 via digital download and £45 on CD. Pre-release prices are being held until the set’s general release at the end of October when they become £40 and £50 respectively. Buy online at www.bigfinish.com.